You are here: Home / Dopt Orders on MACP 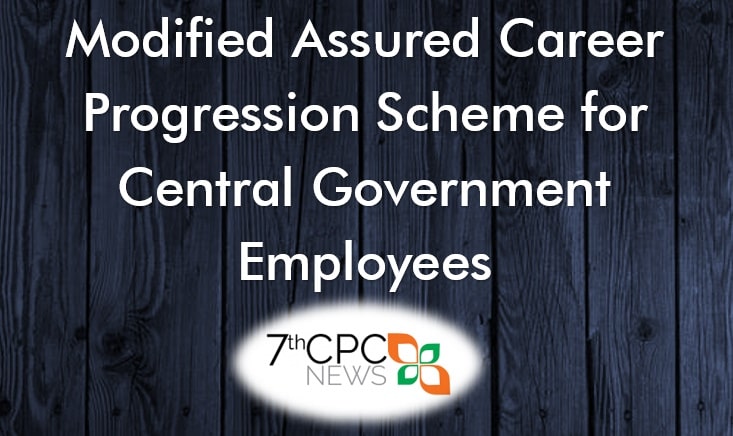 MACP Financial Upgradation according to the benchmark of Central Government employees. Benchmark clarification under MACP given in the latest Dopt orders 2018. MACP rules also changing in accordance with the situation raised by the Union and Federations of CG Employees. The main anomaly in 3rd Financial up-gradation (3rd MACP) when an employee earned two promotions under MACP, he will not suppose to be upgraded to the next level. Even Court orders granting the promotion an individual case.

All MACP Rules and orders are applicable to the employees of Indian Railways. 7th pay commission recommendations on MACP scheme is also applicable for railway employees.

All Dopt Orders, Circulars and Clarifications on MACP Scheme

Click to Read All Orders, Notifications and Clarifications issued by DoPT

The full form of MACP is ‘Modified Assured Career Progression Scheme’ recommended by the 6th Pay Commission. MACP is also a promotional scheme for Central Government employees. It is just a modified and upgraded scheme of ACP.

Salary increment in the name of promotion. Those who are not getting any promotion in 10, 20 and 30 years of service, will get promotional benefit under MACP Scheme.

Those who are not getting any promotion in 10, 20, and 30 years of continuous service, eligible for financial upgradation under this scheme.

MACP rule only adopts those who have not promoted in ten, twenty, and thirty years of their long service. Without any promotion in ten years of continuous service, will get the next higher grade with all financial benefits.

The 7th pay commission recommended the most expected demand of the Central Govt employees of promotion on pay hierarchy, not in the grade pay system. Before 7th CPC the financial benefit of under the scheme was on Grade Pay hierarchy only. Now, the Central Govt had accepted and implemented the major recommendation of financial upgradation that should be given on the individual of the pay hierarchy system.