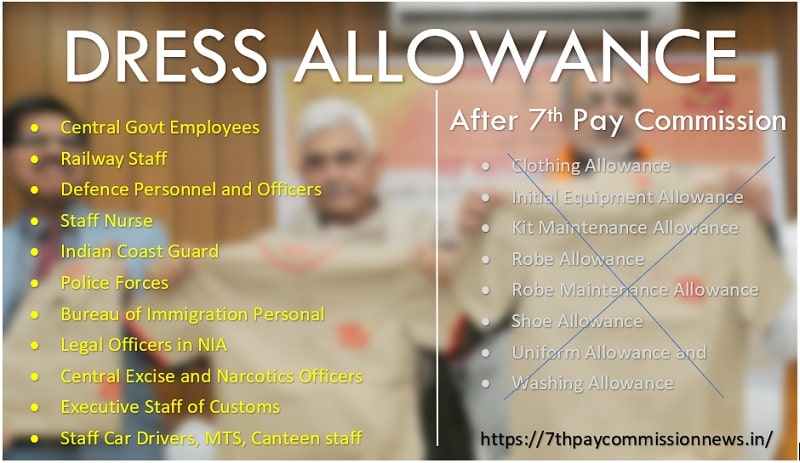 which have been subsumed in a single Dress Allowance.

Dress Allowance in Other Departments