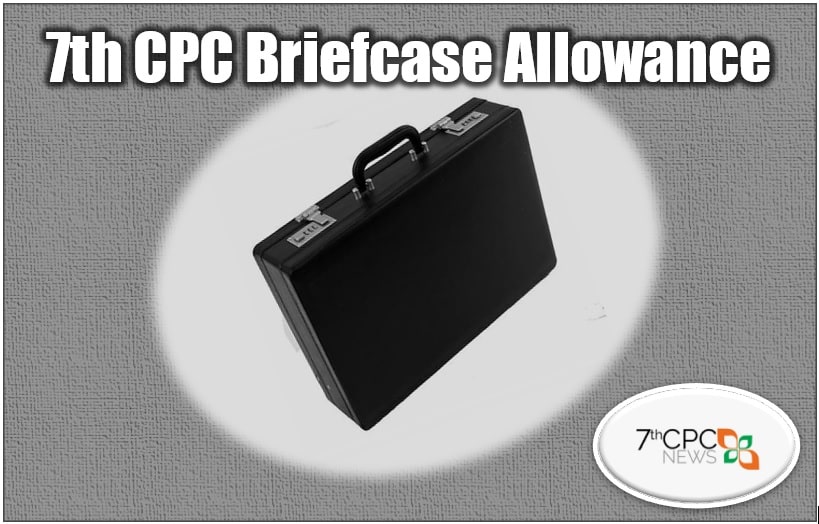 The reimbursement will be limited to the above mentioned ceiling limits subject to submission of proper invoice or bills with GST number, Book number and invoice number of the trader. The bills should clearly mention the name of the article and name of the Officers or Staff purchasing the article.

As per the CDA order issued on 31st January 2017, who are drawing Grade Pay of Rs. 4600 to Rs. 5400 irrespective of the gazetted status to procure briefcase, official bag, ladies purse of their choice from any private or public outlet. However, reimbursement shall be restricted to Rs. 3000 concomitant with the respective level/grade pay of officer/official, as prevalent in Ministry of Defence. 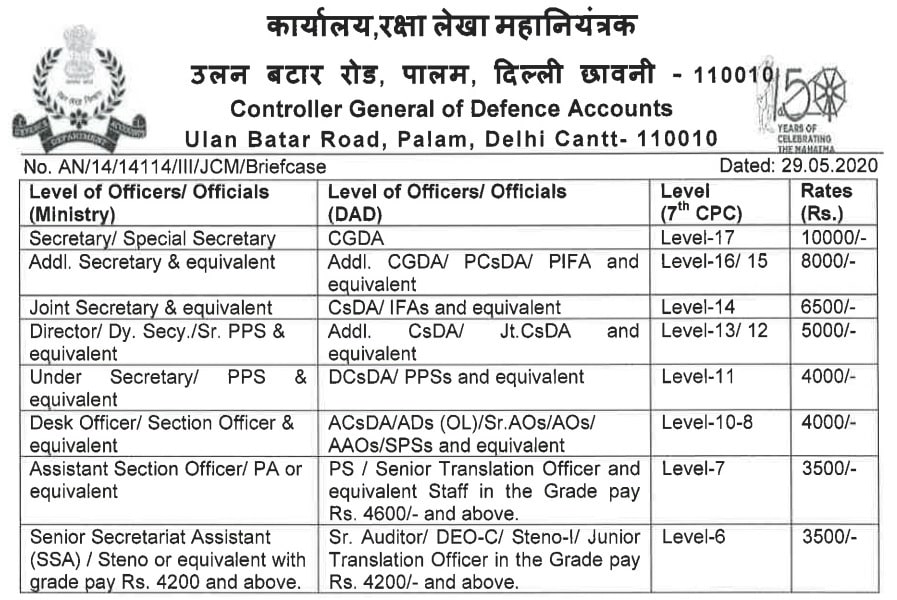 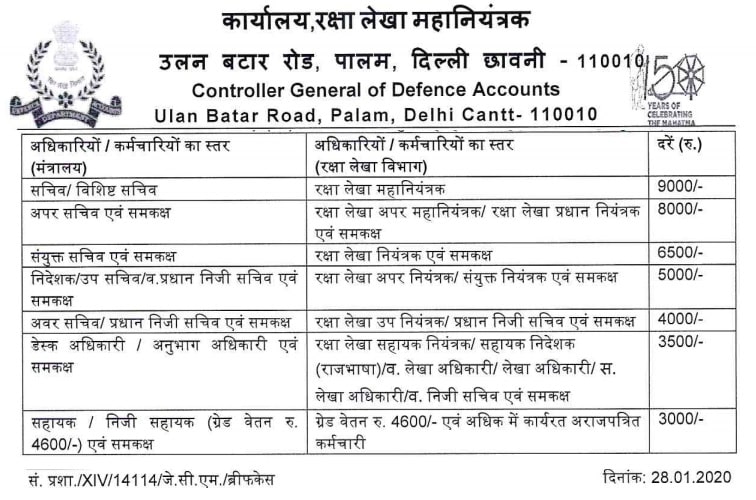 The PCDA under the Ministry of Defence has published an order regarding the revision of monetary ceiling for reimbursement of cost of Briefcase/Handbad on 19th January 2021.

What is the Briefcase allowance?

A particular group of officers in Central Government Services are entitled to get the allowance for the handling of official documents.

What is the rate of Briefcase allowance in 7th CPC?

The minimum Briefcase allowance is Rs.3500 and the maximum monetary ceiling is Rs.10000 after 7th CPC.

What is the entitlement duration of the Briefcase allowance?

Once in three years, the entitled officers can claim the amount spending on the purchase of briefcase, official bag, ladies purse of their choice from any private or public outlet.