Recently the Dearness Allowance increased to 28% from July 2021 for Central Government employees and pensioners. It seems this DA hike will impact the rates of various allowances as per recommendations of the 7th pay commission! The Central Government constituted a review committee on allowances in July 2016. The committee submitted its report in April 2017 and the same was implemented from July 2017. The 7th CPC recommended that the particular allowances will be hiked after DA crosses the mark of 25% & 50%. We are listing here all the allowances to be hiked with effect from 1st July 2021.

Transport allowance is given to all employees working in Central Govt services for the expenditure on travel from residence to office and back. Employees are using various modes of travel to come to the workplace and return. [Click to read more]

The reimbursement will be limited to the above mentioned ceiling limits subject to submission of proper invoice or bills with GST number, Book number and invoice number of the trader. [Click to read more]

Conveyance Allowance is paid to Doctors for visits to hospitals and dispensaries outside normal duty hours as well as for making domiciliary visits. It is also paid to those employees who maintain their own Motor Car, Scooters, Motor Cycle, Moped and have to undertake frequent journeys on official business in their conveyance. [Click to read more]

Library Allowance is granted to teachers in various ministries, who are assigned to library duties. [Click to read more] 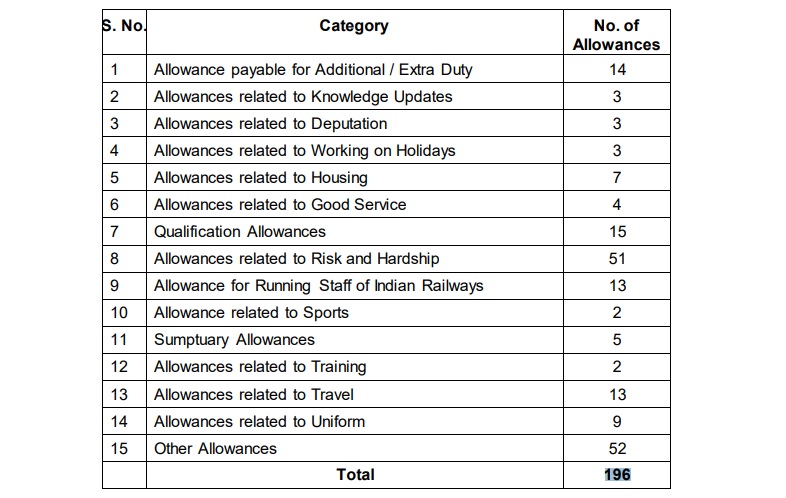 The Government of India, vide OM No.1/2016-IC dated 23rd July 2016 constituted a committee under the Chairmanship of Finance Secretary & Secretary (Expenditure) as Chairman, Secretaries of Home Affairs, Defence, Health & Family Welfare, Personnel & Training, Posts and Chairman, Railway Board as Members to examine the recommendations of the 7th CPC on Allowances. [Click to view the detailed report in pdf format]