You are here: Home / ACP / Grant of 3rd MACP in GP 4600 for Record Supplier, Blue Printer in Defence Establishments

Respected Sir,
With due regards, your attention is invited to the points raised in the JCM meetings by the Staff Side Members of this federation on the subject matter.

Further, your attention is invited to the order of CAT (Principal Bench) in OA No. 634/2013 (Smt Madhu Malti Tyagi & ors Versus Union of India & others) decided on  22.10.2013 wherein similar case had been dealt with and the relief was granted in favour of petitioners.

Respondent No. 3 (General Manager, Ordnance Factory Muradnagar) had published the necessary Factory Order for pay fixation (copy enclosed) in this regard. 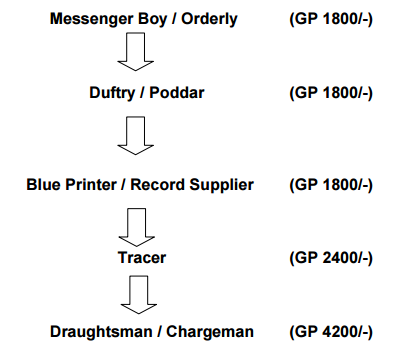 Grant of 3% increment due to financial upgradation in the same Grade Pay – OFB Orders on 10.7.2015 Grant of MACP benefit to the eligible employees in the hierarchy of promotional grade: Compliance of CAT Principal Bench Directive on 12.03.2014 in OA No. 864/2014 – BPMS Grant of 6600 GP as 3rd MACP to Nursing Personnel in Railways – NFIR Instructions given by Dopt on ACP / MACP to Ordnance Employees Clarification on MACP Scheme – Employees joining in Grade Pay of Rs.4600 on direct recruitment Record Note of Discussions on MACP anomalies – Minutes published by Railway Board Overtime Allowance (OTA) as per revised pay to the employees of Defence Industrial Establishments – BPMS Proposed model for promotion of Master Craftsman and Chargeman in Defence Ordnance Establishments 3rd MACP in GP Rs. 4600 to Master Craftsmen (MCM) – NC JCM Staff Side