You are here: Home / List of Sainik Schools in India

AT present 31 Sainik Schools established in the country and the list given below the complete details of Sainik schools. The latest list of State-wise report is given below for your information. 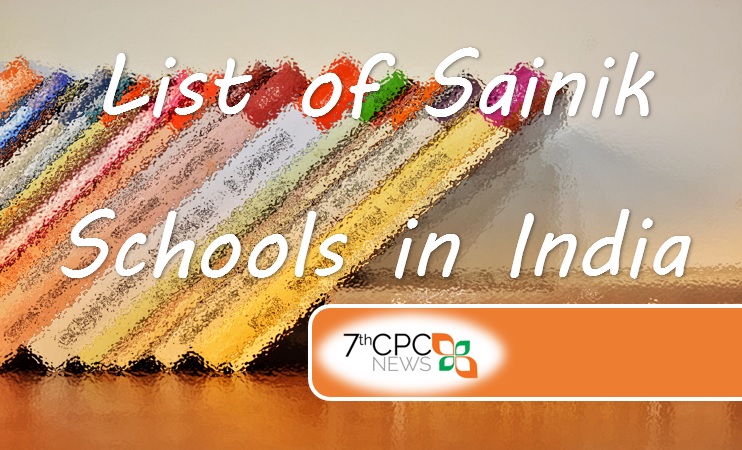 Parents will be required to pay the revised fees and clothing charges as and when the rates are increased by the Sainik Schools Society, New Delhi / Principal during the subsequent years, till the cadet completes his education in this School. Parents / Guardians, who do not deposit fees within one week from the due date, are liable to face expulsion of their son/ward from the School. New entrants have to pay School fees in one installment at the time of admission only. The fee structure is revised every year by the order issued by the Sainik School society.

67% of the seats in each Sainik School will be reserved for boys from the state in which the Sainik School is located. Balance 33% seats will be thrown open to boys from other States and Union Territories in the ratio of their male population. 15% of the total seats are reserved for Scheduled Castes and 7.5% seats for Scheduled Tribes. 25% of seats are reserved for Children of Service Personnel including Ex-Servicemen. In case the required SC/ST/DEF candidates are not available, the vacancies will be filled in by General Category candidates.

The government is proposing to bring a new scheme for setting up Sainik Schools in the country in partnership with NGOs/Private Schools/States etc. The endeavor is to provide schooling opportunities in the “CBSE Plus” type of educational environment by involving desirous Government/Private Schools/NGOs to partner in establishing/aligning their system with Sainik Schools ethos, value system, and national pride. It envisages enrolling existing/upcoming schools to be run on the lines of the Sainik Schools curriculum. The schools are proposed to be affiliated to the Sainik Schools Society. Detailed guidelines and requisite approvals are at an advanced stage.

Following are the details of Sainik Schools set up during last three days:-

The details of the number of schools functioning at present in the country, state-wise, are as under:-

This information was tabled in a written reply by Raksha Rajya Mantri Shri Shripad Naik to a question asked by Dr Banda Prakash in Rajya Sabha today.