You are here: Home / MACP 2019 / MACP Grading – Enhancement of Benchmark

MACP Guidance as per Recommendations of the 7th Pay Commission

This is in reference to DoP&T OM F. No. 35034/3/2015-Estt.(D) dated 27/28.09.2016 regarding enhancement of Benchmark for financial up‑gradation under MACP Scheme as per recommendations of the 7th CPC accepted by the Government.

Of late, field units have been seeking clarification regarding the applicability of benchmark ‘Very Good’ for considering financial up-gradation under MACP Scheme. The matter has been examined at FHQ and the following clarifications are issued for compliance by all concerned:- 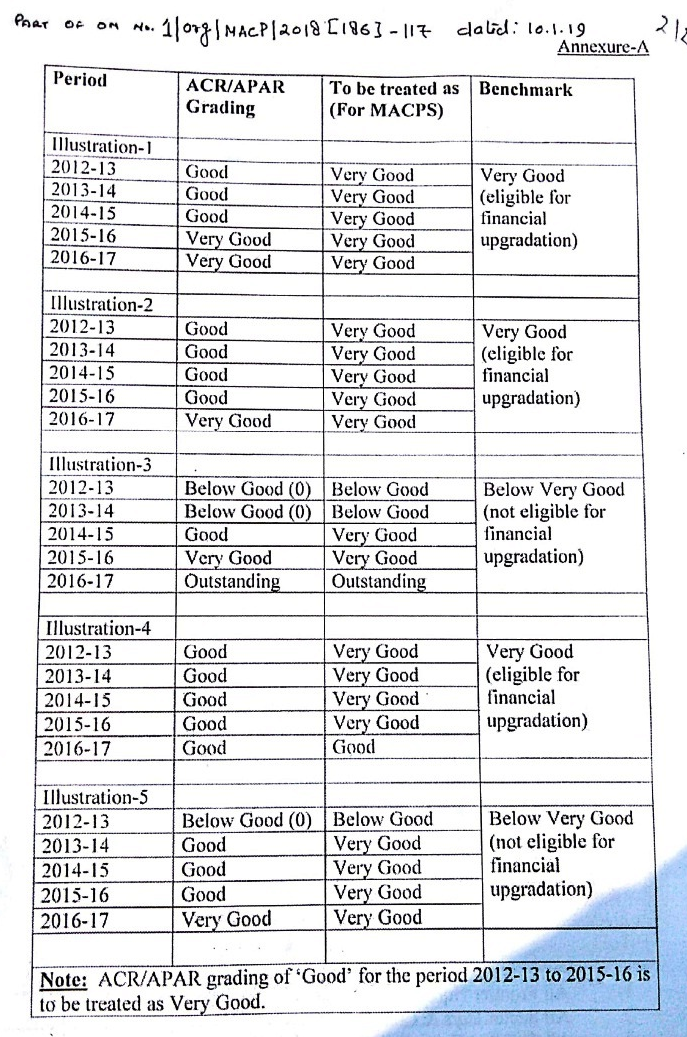