F.No.A-23011/62/2016-Ad.IIA
Government of India
Ministry of Finance
Department of Revenue
Central Board of Indirect Taxes and Customs

2.Consequent upon dismissal of Civil Appeal No.8883/2011 and Review Petition in Civil Appeal filed by UOI by Hon’ble Supreme Court,the judgement of Hon’ble High Court of Madras in M. Subramaniam has been implemented in consultation with D/o Expenditure.

3.Keeping in view a number of similar court cases in different Benches of CAT/Court being decided by CAT/High Court, in favor of petitioners,the matter was examined in the Board and a proposal was referred to D/o Expendiutre tp consider extension of the direction of the Hon’ble Court in M.Subramaniam,to all similarly placed officers. Deptt. of Expenditure vide note dated 12.11.2018 examined the matter and sought following clarifications:-

(i) How many individuals of which posts have been allowed the benefit so far?

(ii) How many similarly placed persons are to be covered in the benefit?

(iii) Whether the similarly placed persons are holder of the same post which was held by the individuals covered in the SLP?

Since a number of court cases are pending in CAT/High Court, it is requested to expedite this exercise and detail/information be made available to the Board, by 20.12.2018.

Yours faithfully,
sd/-
(M.K.Gupta)
Under Secretary to the Government of India 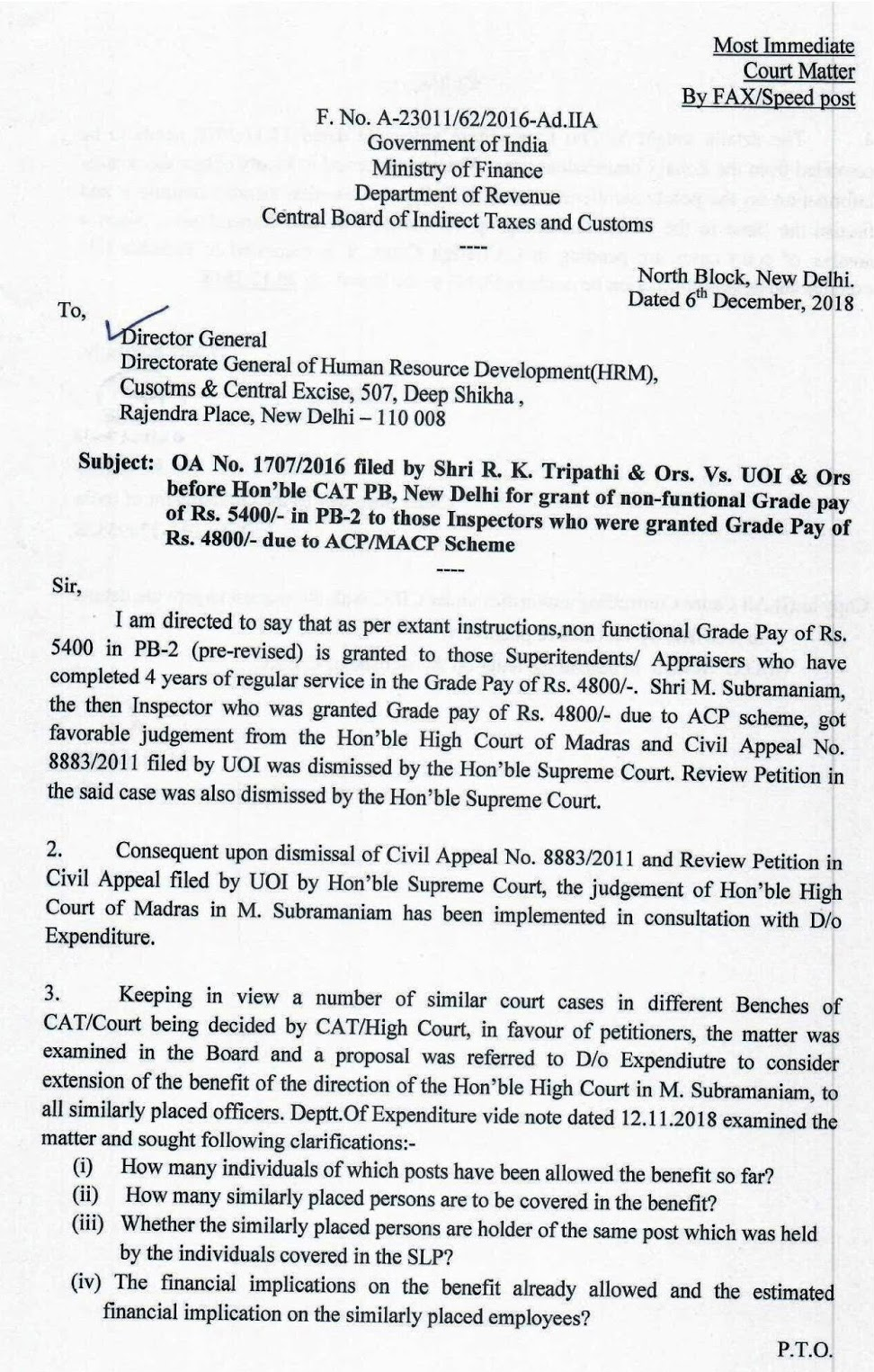 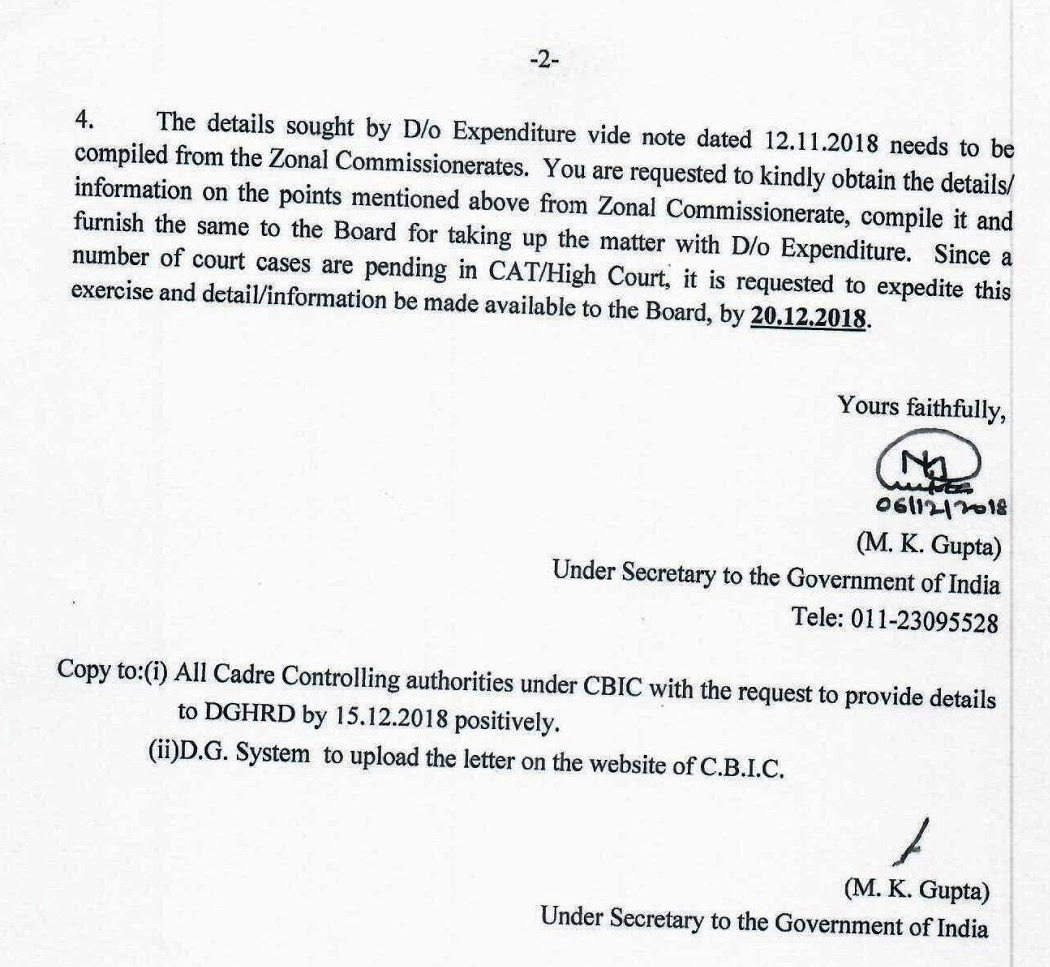