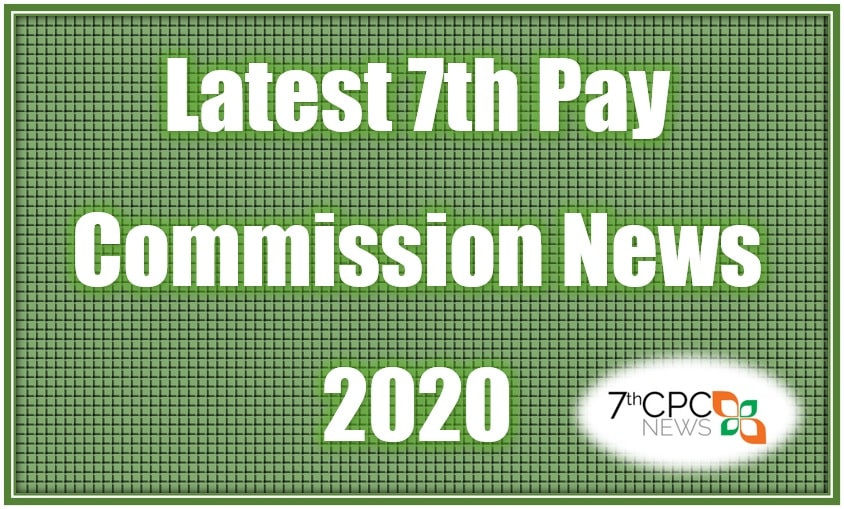 Within the above classification of three pay scale, the entire strength of Central Government employees (more than 33 lakh employees including Officers) are included.

As per the Classification of Posts in Central Government Services, Group A officers categorized from pay matrix level 10 to 18 after implementation of 7th pay commission.

According to the Government orders, the Group B Officers in Central Govt Services are classified after 7th pay commission from pay level 6 to 9.

Pay Scale for Professors and Teachers in Universities and Colleges

In line with the UGC order, the newly revised pay scale for the professor, Associate Professor and Assistant Professor steps are given below…

Click to view the new pay scale table of PBOR

Pay Scale for PBOR of Army, Navy and Air Force

Click to view the pay scale table for PBOR of Army, Navy and Air Force

We started this website on 8th October 2013 and our first post with the title of “Central Government has approved 7th Central Pay Commission”. We are updating only about the 7th Pay Commission and our service still continued on the same path…!

Not only in the domain name of our website, our focus only on the subject of 7th Central Pay Commission and only for our society of Central Government Employees and Pensioners. We updated more than 6,000 posts and 18,000 comments received from visitors.

We have create lot of online calculators for CG Employees and Pensioners to fix their pay and pension as per the recommendations of 7th CPC. Even before 7th CPC, we presented ‘Expected Pay Calculator as per 7th CPC’.

Fitment Factor for CG Employees: Uniform Fitment factor of 2.57 is being proposed to be applied uniformly for all employees. It includes a factor of 2.25 on account of DA neutralisation, assuming that the rate of Dearness Allowance would be 125 percent at the time of implementation of the new pay – Click to read more

Also check: Entry Pay for KV Teachers Appointed On or After 1.1.2006

Generally, pay commission recommendations are not only for existing employees but also for retired employees. 7th pay commission has directed two types of proposals to fix the pension for the pensioners who retired before January 2016 – Click to read more

There is no problem to calculate pension and other retirement benefits for 7th CPC pensioners i.e., retired after (1.1.2016) implementation of 7th CPC. Pensioners retired in 6th CPC regime is also easy to calculate basic pension and family pension – Click to read more

Presently, all employees on completion of 30 years qualifying service can take voluntary retirement by giving 3 months’ notice. Group A & B Officers who had entered service before the age of 35 years have the right to retire after attaining the age of 50 years by giving a similar notice – Click to read more

DA Calculation as per 7th CPC

How to calculate DA?
DA calculation is very simple. But, we need the CPI for six months for additional DA from January to June and July to December – Click to view more

Pay fixation procedure, Option rules, Date of next increment. 12 and 24 ACP and 10, 20 and 30 MACP: Promotional plans for the employees who are not getting promotion long period in Central Government Services – Click to read more

The great first step for the allowance started from the Second CPC. The 2nd Central Pay Commission had recommended the educational assistance scheme for Central Government employees, called “Reimbursement of Tuition Fee“ – Click to read more

Also check: 7th CPC : Scheme of Revision of Pay of Teachers and Equivalent Cadres in Universities and Colleges

What is Transport Allowance in Central Govt Services?
Transport allowance is given to all employees working in Central Govt services for the expenditure on travel from residence to office and back. Employees are using the various mode of travel to come to the workplace and return – Click to read more

The 7th Pay Commission has recommended on the rate of annual increment is being retained at 3 percent. Annual increment every year – Promotion increment occasionally: Two types of increments are granting to CG Employees – Click to read more

Apart from pay and perks, the Central Government employees are grating free journey to Home Town and visit selected place in India once in four years – Click to read more

The report of the 7th Pay Commission contained not only the recommendations also the explanation and analysis. In the subject of Leave and Holidays, the report has analyzed in depth of every corner – Click to read more

“Travelling Allowance: This allowance is in the nature of travel entitlements for different ranks of government employees – Click to read more

What is the Fitment Factor?
Fitment factor is a number used for calculating from pre-revised pay to revised pay. It is common for all group of employees – Click to read more

What is the Central Pay Commission?

Revision of existing pay scale, allowances of employees working in Central Government including Railways and Defence Forces. And also revision of pension and retirement benefits of civil and defence pensioners.

Central Government constitutes a nominated body to analyze and recommend according to the terms of reference on the revision of pay scales and pension once in ten years.

National Council (Staff Side) JCM has submitted a detailed memorandum with all points including a minimum pay scale of Rs. 26,000 to the Member of Secretary of 7th Central Pay Commission on 30th June, 2014.

The Central Government was extended the time frame for further 4 months to 7th CPC and scheduled to submit its report in January 2016.

And finally, the 7th CPC submitted its report to Finance Minister on 19th November 2015. Immediately, the complete report of 7th CPC was uploaded as pdf format on the official website of the Finance Ministry.

The Union Cabinet Committee has approved the recommendations of 7th CPC on 29th June 2016. After a long deliberation of all the Unions and Federations of Central Government employees and Pensioners, the Government was decided to constitute a committee for allowances. The committee has submitted its report on 27th April 2017. And finally, the Central Government has published a Resolution on all Allowances on 6.7.2017.