You are here: Home / Retirement / Retirement Age to be Reduced from 60 to 58 for Central Government Employees?

Is the Central Government Planning to Reduce Retirement Age? 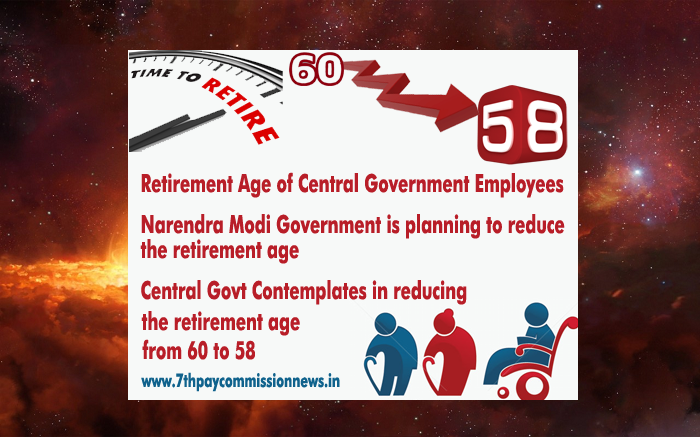 A popular English daily reported on the 28th of last month that the Central Government is giving serious thoughts about reducing the retirement age of its employees. The news has created a big buzz among the employees working under Central Government.

It was said that the proposal is part of the Government’s strategy to reduce non-plan expenses. It was mentioned that a senior official said that the move will help giving employment opportunities to new people under the new recommendations to be suggested by the 7th Pay Commission.

In 1998, the Vajpayee Government raised the retirement age for Central Government employees from 58 to 60. The subsequent UPA government proposed plans to raise it further from 60 to 62, but the plans were then dropped. The retirement age was raised from 55 to 58 in 1962.

The article said that BJP’s manifesto, which had promised to rationalise and converge ministries, departments and other arms of the government, could implement such tough reforms. But, our investigations and enquiries say that the Government has no such plans. We aren’t aware of a debate that was held in any office, including the PMO, over this issue.

Recently, the State Govrenment of Haryana reduced the retirement age of its employees. The news had probably started because they thought the Centre might implement similar policy.

It is worth mentioning that none of the employee associations and federations raised a voice or expressed an opinion about this issue.

We hope that the Prime Minister is aware of the responsibilities and financial commitments of a Central Government employee who has an average service period of 30 years. 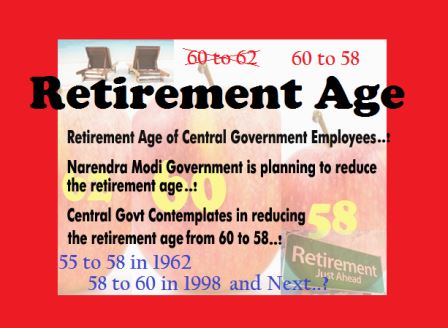