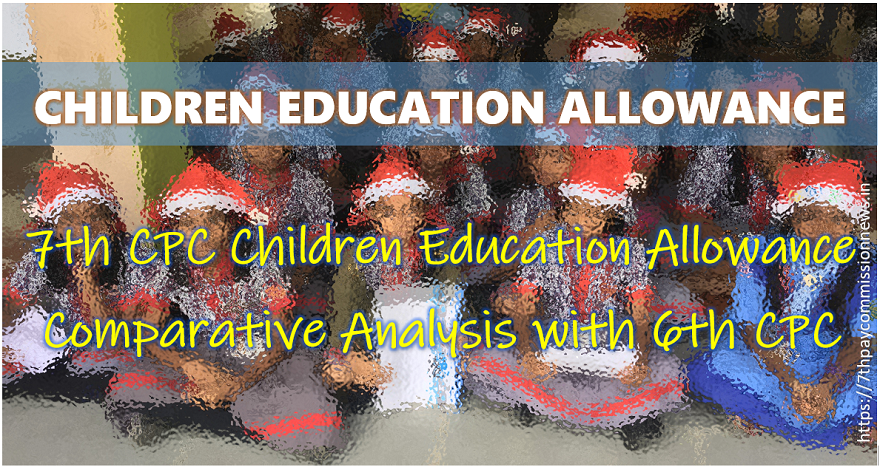 Children Education Allowance and Reimbursement of Tuition Fee may be merged and it will henceforth be reimbursement up to the maximum of Rs.1000 per child month subject to a maximum of two children.

Hostel subsidy may be reimbursed upto the maximum limit of Rs. 3000 per month per child. The limits would be automatically raised by 25% every time the Dearness Allowance on the revised pay bands goes up by 50%.

The reimbursement of Children Education Allowance/Hostel subsidy can be claimed only for the two eldest surviving children with the exception that in case the second child birth results in twins/multiple birth.

The reimbursement of Children Education Allowance for Divyaang children of government employees shall be payable at double the normal rates of CEA prescribed above in clause (b) i.e. Rs.4500/- per month (fixed).

The above rates/ceiling would be automatically raised by 25% every time the Dearness Allowance on the revised pay structure goes up by 50%.

The Hostel Subsidy and Children Education Allowance can be claimed concurrently.