Bank Employees News : Based on the Census of 2011, the House Rent Allowance for Bank employees of a few cities are going to be hiked.

Dear Comrades,
HOUSE RENT ALLOWANCE AS PER 2011 CENSUS
Recently Govt. of India has issued the Gazette notification for the Census as of 2011. It is the 15th Census in India beginning from 1872 and 7th since our independence.

Some data from the Census:

Higher HRA for bank employees: Employees in the below-mentioned upgraded centres would get the revised/higher HRA rates and receive the arrears from 2011.

In addition, in various towns and cities, number of small places in the outskirts have been brought as part of the bigger town/city/UA and such places would also attract the higher HRA of the concerned town/city/Urban Agglomeration. 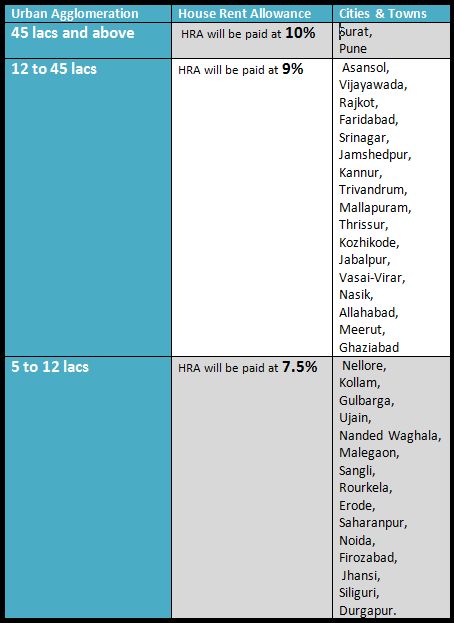