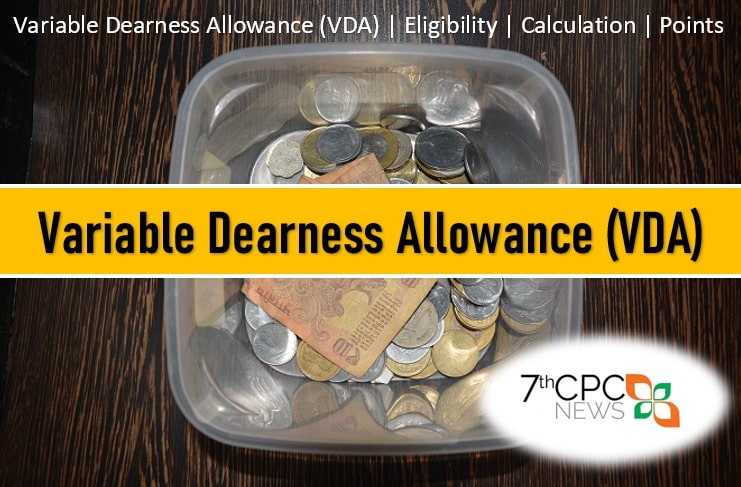 What is VDA (Variable Dearness Allowance)?

The VDA is being granted to the employees under categorized in the list of the Minimum Wages Act 1948. At present, 40 types of scheduled employments are listed in the category. The employees working in specified employments, such as mines, oilfields, major ports and also in Railway administration. The Variable Dearness allowance is revising twice in a year with effect from 1st April and 1st October according to the Consumer Price Index.

What is the difference between DA and VDA?

The list of category of employments eligible for VDA Revison:

Category 1: The minimum rates of wages including the basic rates and Variable Dearness Allowance payable to the employees working in Agriculture

Category 5: RATES OF V.D.A.FOR EMPLOYEES EMPLOYED IN “Employment of Sweeping and Cleaning excluding activities prohibited under the Employment of Manual Scavengers and Construction of Dry Latrines (Prohibition) Act, 1993″.

Category 6: RATES OF V.D.A.FOR EMPLOYEES EMPLOYED IN WATCH AND WARD (with arms)

Classification Table of Cities for VDA