You are here: Home / Rate of Military Service Pay for Defence forces personnel 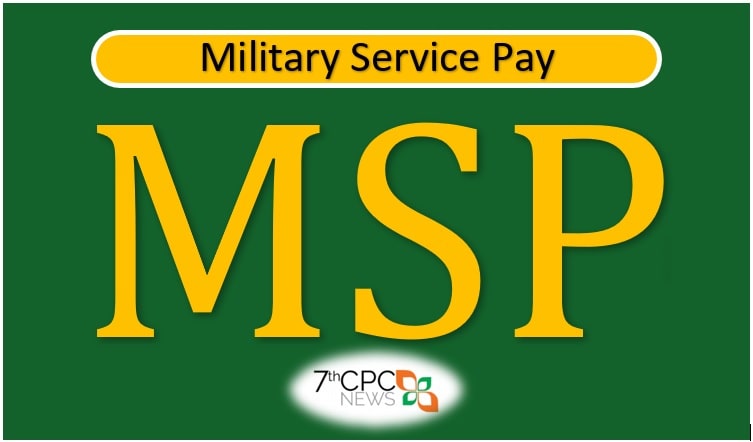 MSP will continue to be reckoned as Basic Pay for purposes of Dearness Allowance, as also in the computation of pension. Military Service Pay will however not be counted for purposes of House Rent Allowance, Composite Transfer Grant and Annual Increment.

The Military Service Pay, which is a compensation for the various aspects e.g., intangibles linked to special conditions of service, conducting full spectrum operation including force projection outside India’s boundaries, superannuation at a younger age and for the edge historically enjoyed by the Defence Forces over the civilian scales, will be admissible to the Defence forces personnel only.