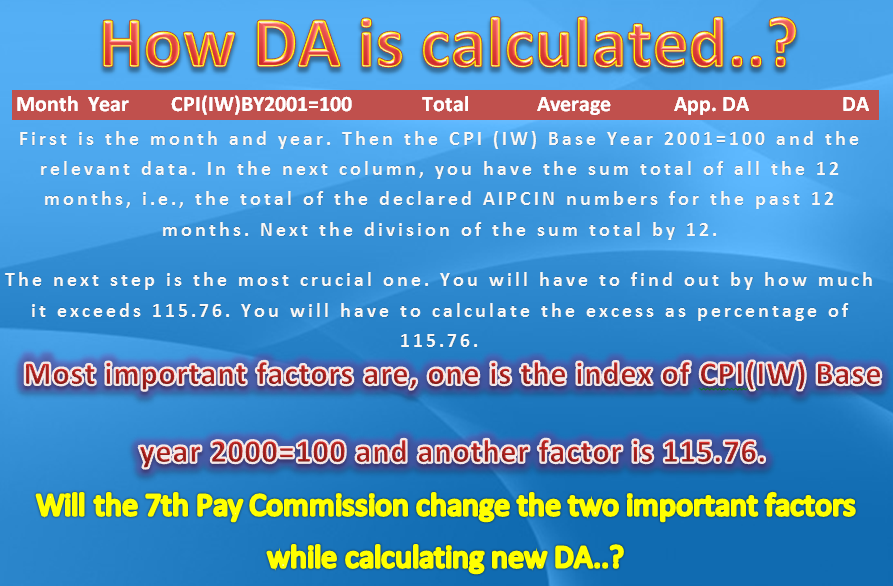 Until the 6th CPC, the Dearness Allowance didn’t increase by more than 1 or 2%. It was only after the 6th Pay Commission that it began to increase substantially. With the skyrocketing prices of essential commodities, Dearness Allowance too began to rise. Twice, it touched double digits. In July 2013 and Jan 2014, within 12 months the DA has leapt on to the 100%. We cannot forget that the each instalment gave 10%. Then, it slumped.

Dearness Allowance, which is given once every six months, is likely to be 6% hike from January 2015. This is 1% less than the previous hike of additional DA from July 2014. The total DA from Jan 2015 will become 113%.

As soon as the first instalment is confirmed, expectations will start growing about the second instalment, i.e., ‘Expected Da from July 2015‘. The second instalment of the year will cover the months between July and December 2015. This will be the last time that the DA hike will be calculated based on the method recommended by the 6th Pay Commission. DA of 2016 will be calculated based on the recommendations made by the 7th Pay Commission.

7th Pay Commission on DA Calculation..? Is there any possible to change in the method of calculation..?

First, we have to know about the calculation of Dearness Allowance…

How DA is calculated..? 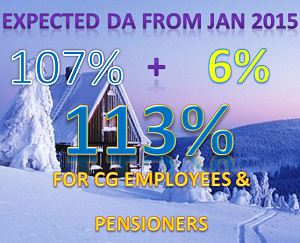