3. Eligibility : Retired Defence Civilian Employees of following departments who were not entitled to avail CSD facilities will now be entitled for CSD facilities:

(g) Retired employees of Canteen Stores Departments who are getting pension from CSD Fund.

4. Entitlement : They will be entitled for only Grocery Stores. No Liquor will be authorised.

5. Validity : The cards will have a validity of 10 years, from the date of issue and will be renewed every year.

7. Authentication : The application form will be authenticated for its correctness by the Department from which the employees has retired. The form will be countersigned by an officer not below the Rank of Under Secretary or equivalent.

8. Documents to be submitted to Department URC : The following attested documents will be submitted to the URC :
(a) Application for Canteen Smart card duly countersigned by the competent authority.
(b) Govt order for Retirement.
(c) Copy of Pension Payment Order (PPO)
(d) Address Proof and Copy of PAN card.
(e) Payment of Rs.135 to the URC.

9. Guidelines for Authenticating Authority:
(a) Each concerned department shoud appoint officer authorised to countersigned and promulgate orders and forward details to this office.
(b) Countersigned officer will verify that all columns are filled correctly prior to countersigned.

10. Guidelines for URC : Vetting of application will be done at URC for correctness. The following will be checked :
(a) That application is filled in all respect and no column is left blank.
(b) Signature of Countersiging authority.
(c) All personal particulars are checked for correctness with PPO and other supporting documents.
(d) In case an application is rejected the same will be informed to the applicant.
(e) New card will be sent by M/s. Smart Chip Ltd to the URC for issue to applicant. URC will check details with individuals Departmental retired identity Card prior to issue of new Canteen Smart Card.

(f) Since large number of applications are likely to be received intially at the URCs, the URC Manager must exercise due diligence while scrutinising and verifying the applications.

11. Guidelines for SCL : The following will be ensured ;
(a) All applications are sent by CCTS to M/s. Smart Chip Ltd, at the earliest.
(b) On receipt of application check for correctness with existing records through old Grocery Card Number.
(c) Verify applicants personal details through PAN No. on www.verifypan.in
(d) Ensure previous card of applicatin is hotlised prior to handing over of new card for Retired Defence Civilian Employees.

12. The application form (Blue Color) for Retired Defence Civilian Employees attached as Appendix will be made available in the URCs at the earliest by M/s. Smart Chip Ltd.

13. This letter be given vide publicity by displaying at prominent places like URSs, Station HQs, CAO and other controlling HQs.

Read our Exclusive Article on this subject: 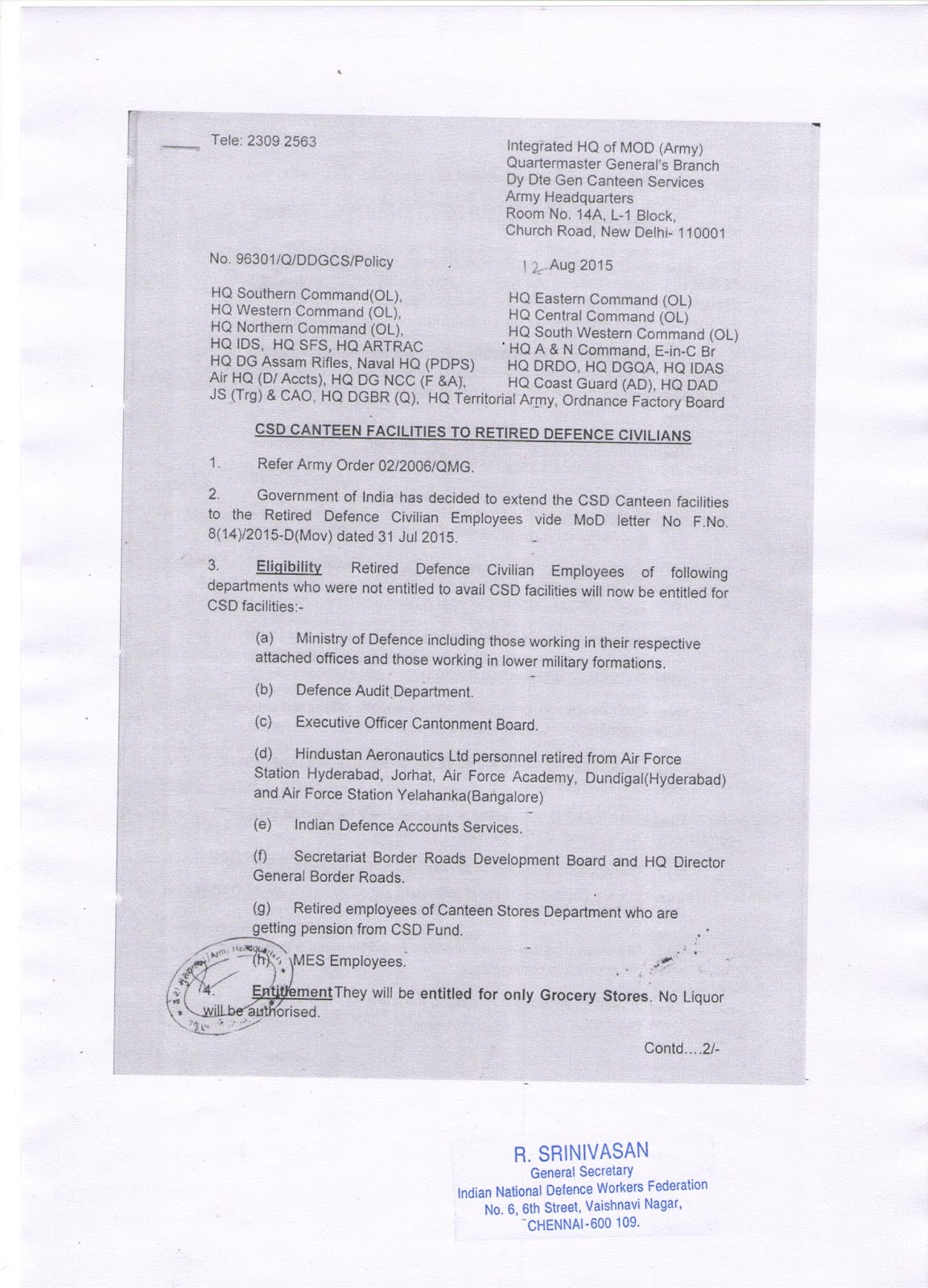 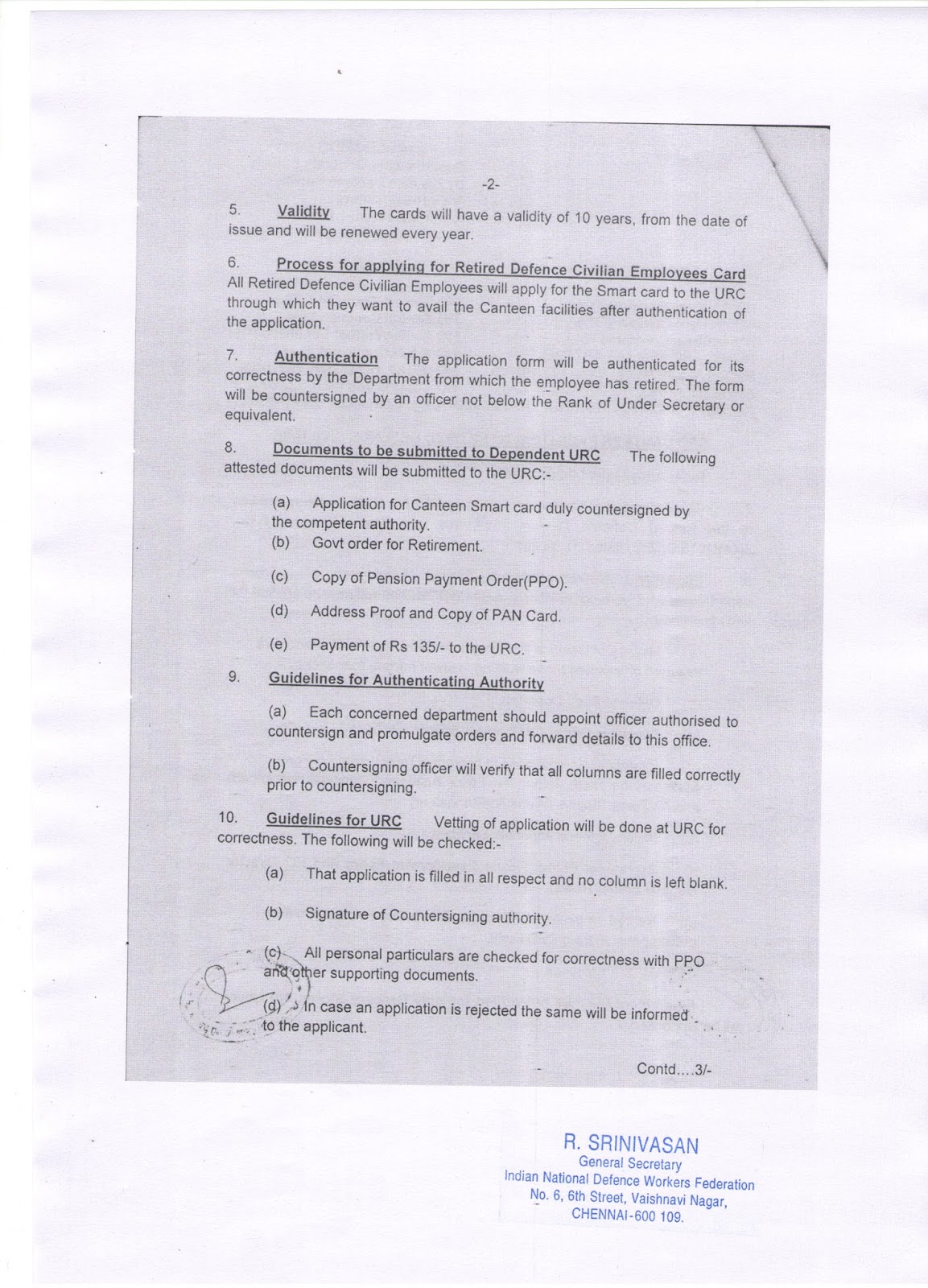 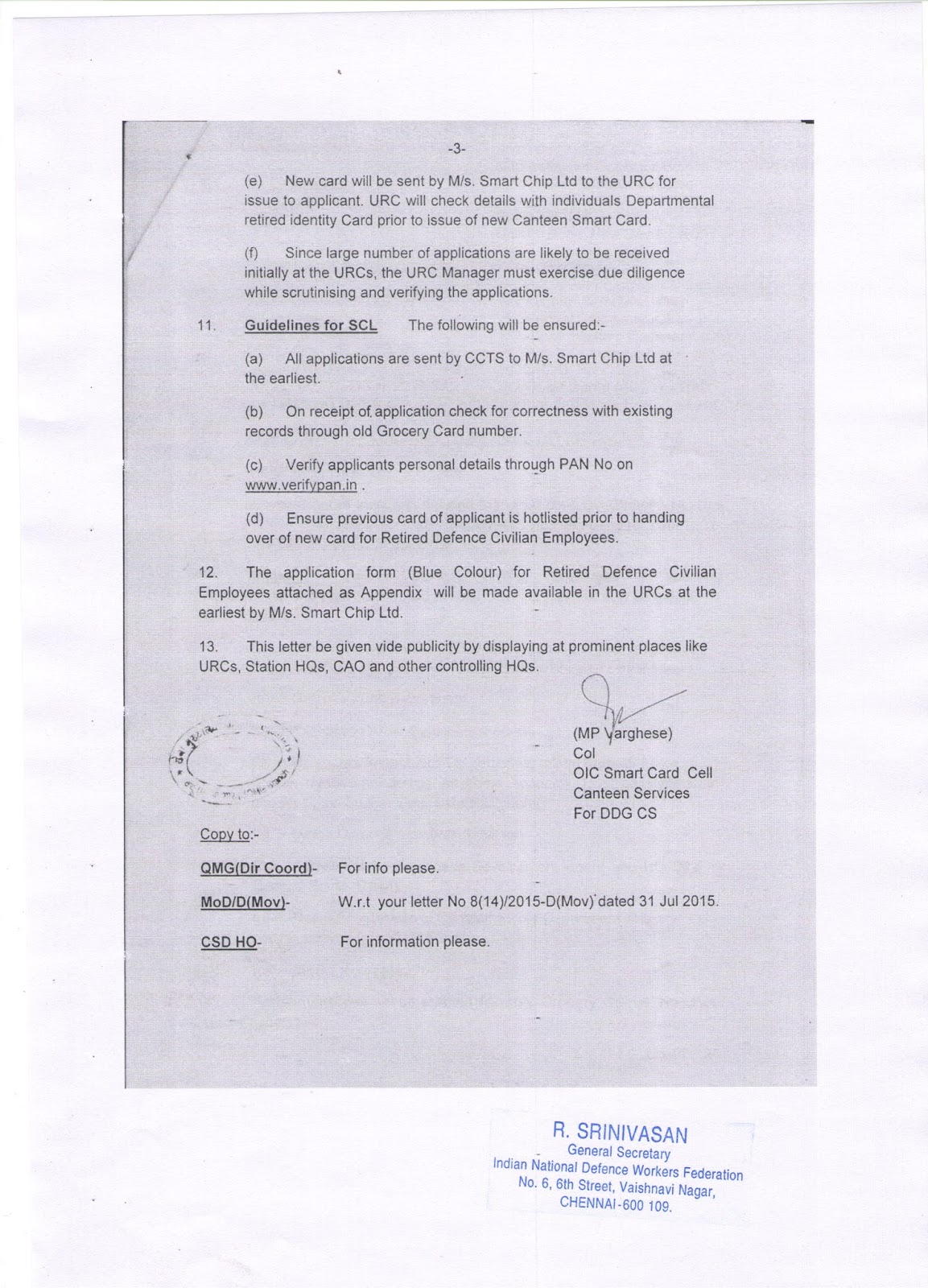 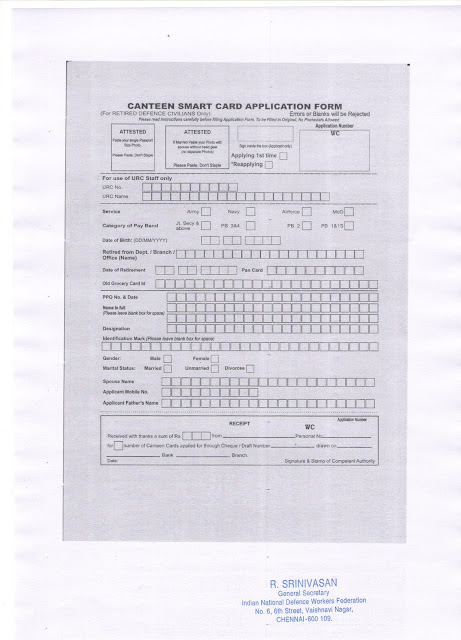