7th Pay Commission recommended just two slabs for each allowance–with one rate for officers and a lower rate for PBORs. Most of the existing relativities have been maintained.

The rates have been arrived at by averaging the existing rates of Field Area Allowance above and below GP 5400 and then applying a factor of 1.5.

Border Out Posts (BOPs) should be treated as Field Area for the purposes of Risk and Hardship Allowance. Moreover, allowance at air-maintained BOPs that require a foot march of five days or more should be enhanced by further 25 percent.

The existing parity between the rates of Field Area Allowance, CI Ops Allowance in Peace Areas and Sea Going Allowance has been maintained.

Prior to VI CPC recommendations, Para Jump Instructor Allowance, Free Fall Jump Instructor Allowance and Para Allowance used to be 30-40 percent of Special Forces Allowance. Post VI CPC recommendations; the government increased Special Forces Allowance but left the other allowances untouched. Due to this the percentage was reduced from 30-40 percent to about 8-10 percent, which has caused resentment especially because the personnel drawing these allowances are drawn from the same  regiment, viz., the Para regiment. The traditional relationship has been restored now. Para Reserve allowance will continue to be one-fourth of the rate of Para Allowance.

The personnel of National Disaster Response Force should be paid a Risk and Hardship Allowance as per the rates of this cell for the period for which they are deployed in disaster or disaster like situations.

Taking into account the fact that there is a length of time taken in preparation of a seavessel sailing out, the 12- hour conditionality should be reduced to 4 hours for Sea Going Allowance. 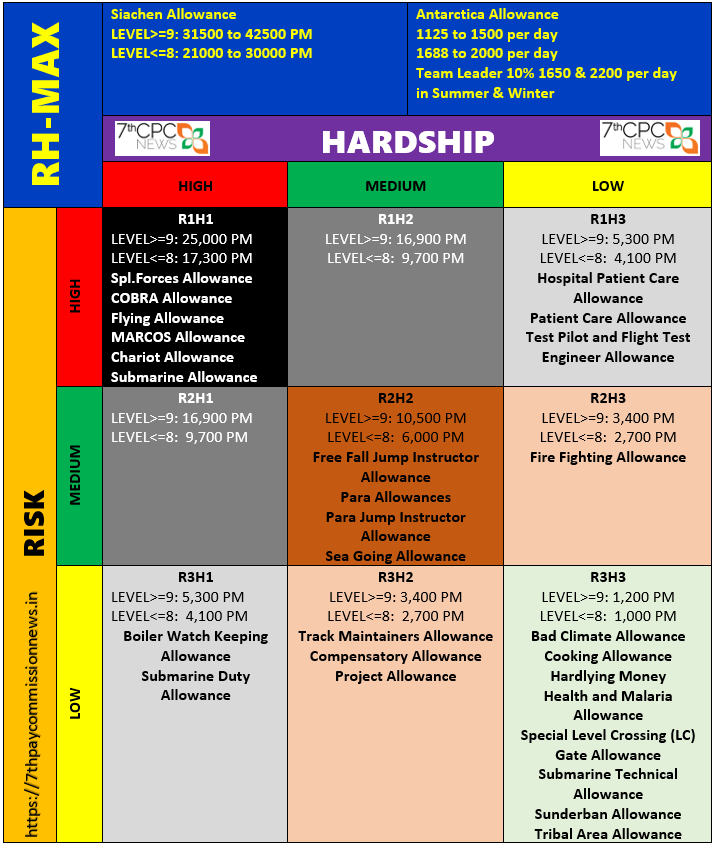