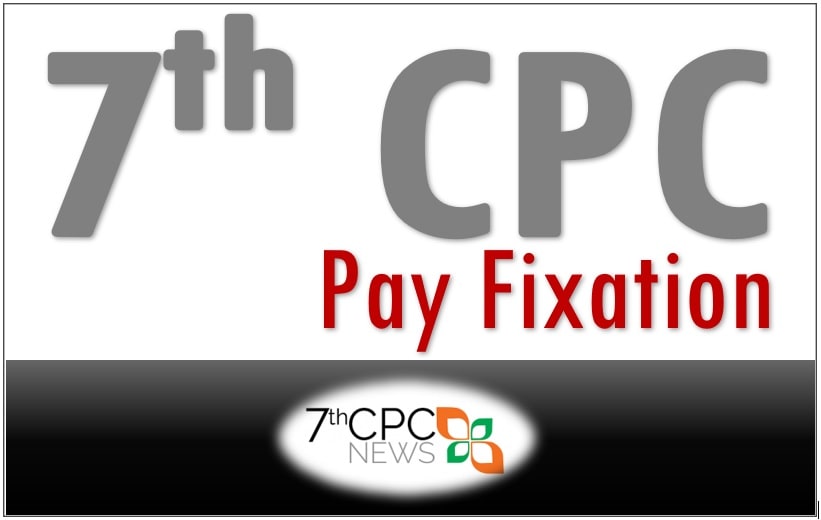 Initial Pay Fixation: When an employee joining in Central Government Services, the initial pay fixation has been done for determining first month salary. The new pay fixation on initial as per rule 7 of CCS (RP) Rules 2016.

Pay Fixation on Promotion: When an employee gets promotion his pay will be fixed as per the method of calculation prescribed by the rule 13 of CCS (Revised Pay) Rules.

Pay Fixation on Increment: When an employee eligible for annual or promotional increment, his pay will be fixed as per the latest revised pay rules.

Uniform Fitment factor of 2.57 is being proposed to be applied uniformly for all employees. It includes a factor of 2.25 on account of DA neutralisation, assuming that the rate of Dearness Allowance would be 125 percent at the time of implementation of the new pay.  [Para 5.1.27 in 7th CPC Report]

The starting point of a Sepoy (and equivalent), the entry level personnel in the defence forces, has been fixed in the Defence Pay Matrix at Rs.21,700. The fitment in the new matrix is essentially a multiple factor of 2.57. This multiple is the ratio of the new minimum pay arrived at by the Commission (Rs.18,000) and the existing minimum pay (Rs.7,000). The fitment factor is being applied uniformly to all employees. An identical fitment of 2.57 has also been applied to the existing rates of Military Service Pay (MSP), applicable to defence forces personnel only [Para 5.2.7 in 7th CPC Report]

Fixation of Pay on promotion : In the case of Promotion from one grade to another in the revised pay structure, the fixation is presently done as under:-