Resolution – accumulations at the credit of subscribers to the GPF and other similar funds w.e.f. 1st October, 2018 to 31st December 2018.

(PUBLISHED IN PART I SECTION I OF GAZETTE OF INDIA)

It is announced for general information that during the year 2018-2019, accumulations at the credit of subscribers to the General Provident Fund and other similar funds shall carry interest at the rate of 8% (Eight percent) w.e.f. 1st October 2018 to 31st December 2018. This rate will be in force w.e.f.1st October 2018. The funds concerned are:

2. Ordered that the Resolution be published in Gazette of India. 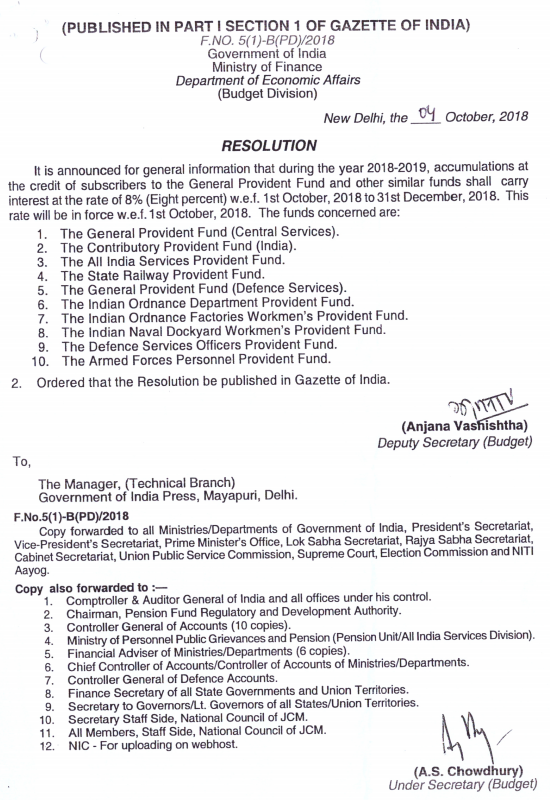 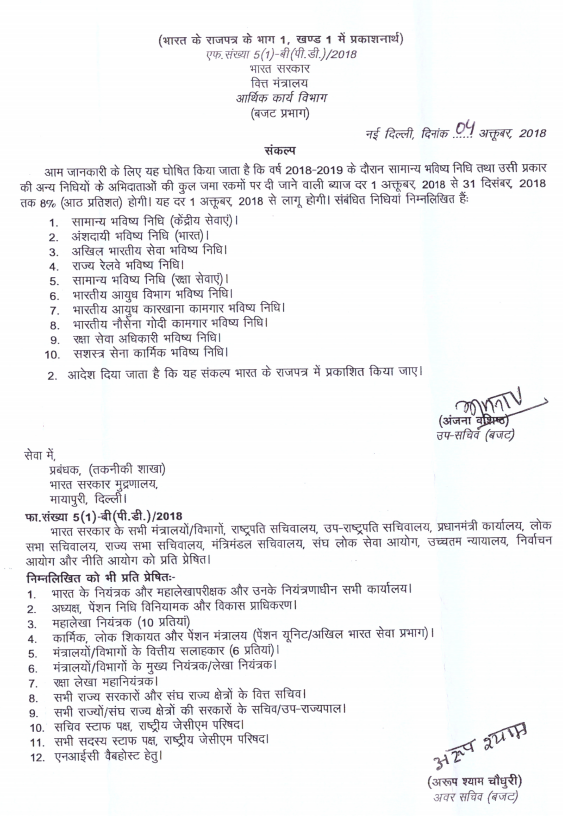