The All-India Consumer Price Index for Industrial Workers (CPI-IW) for October 2020 increased by 1.4 points and stood at 119.5 (one hundred nineteen and point five). On 1-month percentage change, it increased by (+) 1.19 per cent between September and October 2020 compared to (+) 0.93 per cent increase between corresponding months of previous year.

At centre level, Doom-Dooma Tinsukia, Patna and Ramgarh recorded the maximum increase of 4 points each. Among others, 3 points increase was observed in 9 centres, 2 points in 24 centres and 1 point in 33 centres. Rest of 19 centres’ indices remained stationary.

In percentage terms, it rose by 1.19% w.r.t. previous month mainly due to Food group items having a share of 39.17% in the total weight which recorded a rise of 76% between these two months. During the period, increase in prices of food items viz. Arhar Dal, Poultry Chicken, Goat Meat, Egg, Mustard Oil, Onion, Potato, Brinjal, Peas, Doctor’s Fee, Bus Fare, etc., had greater impact. 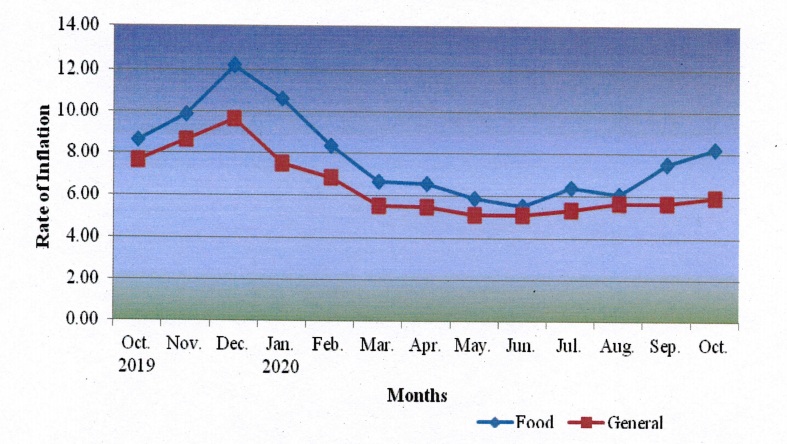 *The figures have been rounded up from second decimal places. 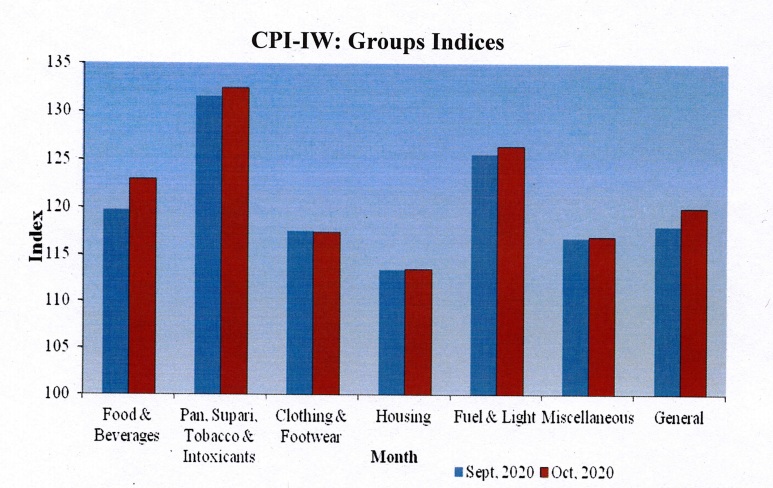 The next issue of CPI-IW for the month of November 2020 will be released on Thursday 31st December 2020. The same will also be available on the office website www.labourbureaunew.gov.in.

The Labour Bureau, an attached office of the M/o Labour & Employment, has been compiling Consumer Price Index for Industrial Workers every month on the basis of retail prices collected from 317 markets spread over 88 industrially important centres in the country. The index is compiled for 88 centres and All-India and is released on the last working day of succeeding month. The index for the month of October 2020 is being released in this press release.