You are here: Home / 7th Central Pay Commission / Comparison of Group ‘B’ Posts between Railways and Central Govt Departments

A mild comparison of Group ‘B’ employees working in the Railways and other Central Government Departments as per the Census of 2001 and 2008. The Indian Railways Technical Supervisors Association(IRTSA) submitted an additional memorandum to 7th Pay Commission recently. The report is highlighted the situation of Group ‘B’ posts in Railways in last 14 years. We just reproduced the matter briefly for your information…

Meagre number of Group ‘B’ posts in Railways

Every department of central Government are increasing the number of gazetted posts for effective & efficient governance, Railways are not doing so inspite of huge need of it on Administrative & functional justifications and requirement thereof. 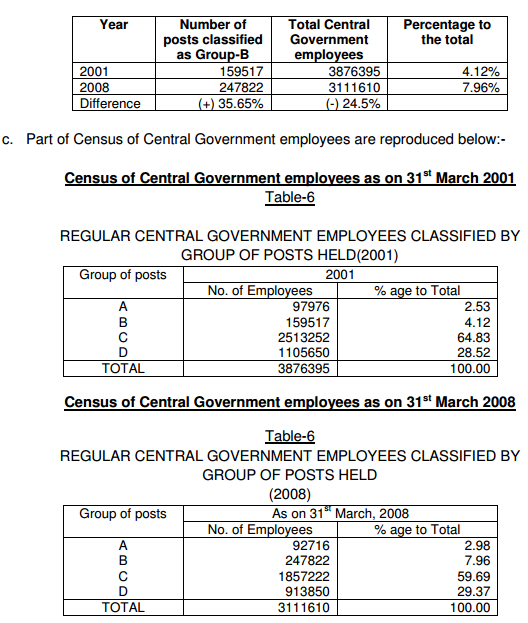