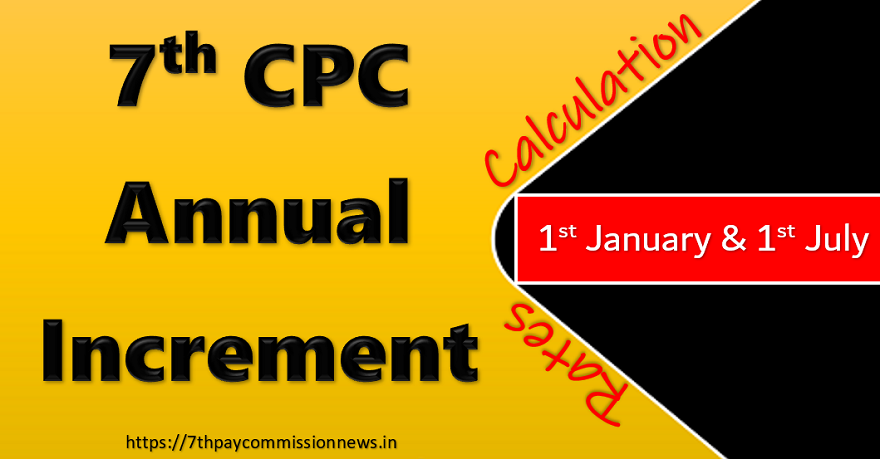 Generally increment for Central Government employees are granted in two situations, one is Annually (called as “Annual Increment“) and another will be on promotion or financial upgradation (Promotional Increment).

Date of next increment in revised pay structure

There shall be two dates for grant of increment namely, 1st January and 1st July of every year, instead of existing date of 1st July: Provided that an employee shall be entitled to only one annual increment either on 1st January or 1st July depending on the date of his appointment, promotion or grant of financial upgradation.

Increments in Pay Matrix: The increment shall be as specified in the vertical Cells of the applicable Level in the Pay Matrix.

Withholding Annual Increments of Non-performers after 20 Years : There is a widespread perception that increments as well as upward movement in the hierarchy happen as a matter of course.

The Commission is of the view that grant of next increment in the case of recruits should not place those with higher entry level qualifications at a disadvantage.

Needless to say that the most powerful keyword among the Central government employees, because a pay hike once in a year consolidated according to their basic pay. It is also a consolation even they are not getting promotion for years.

In the same way in 7th CPC, employees are seeking modifications in the rules of getting increment…

Whether the present system of annual increment on 1st July of every year uniformly in case of all employees has served its purpose or not? Whether any changes are required?

Whether there should be a provision of variable increments at a rate higher than the normal annual increment in case of high achievers?

If so, what should be transparent and objective parameters to assess high achievement, which could be uniformly applied across Central Government?