You are here: Home / Bonus / Proposal to increase the ceiling of Bonus – Minister replied in Parliament

Proposal to increase the ceiling of Bonus – Minister replied in Parliament

Shri Bandaru Dattatreya, the Minister of State (IC) for Ministry Labour and Employment in reply to a question in Lok Sabha today stated that there is a proposal to increase the eligibility limit and calculation ceiling under the Payment of Bonus Act, 1965.

The minimum wage in the country may not be comparable to those of developed countries owing to differences in exchange rates, purchasing power parity of local currencies, etc. Also under the provisions of the Minimum Wages Act, 1948, both Central and State Governments are appropriate Governments to fix, review and revise the minimum wages of the workers employed in the scheduled employment under their respective jurisdictions.

As regards minimum wages in States, there is disparity due to variations in socio-economic and agro-climatic conditions, income, prices of essential commodities, paying capacity, productivity and local conditions. However, as per the available information, a statement showing the range of rates of minimum wages in all the States/Union Territories is enlisted here. 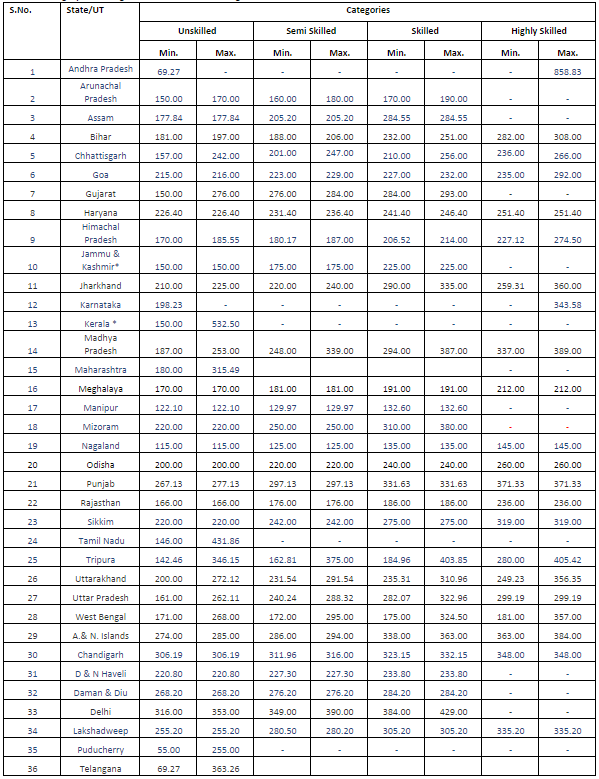