Profile of Defence Pensioners as on April 2015

As on 01.04.2015 the Defence Accounts Department is servicing 24.61 lakhs pensioners, spread across the country.

The category wise details of pensioners is as under:

The details of pensioners drawing pension from various PDAs is summarized as under:

On an average 45,000 Defence Forces personnel and Defence civilians retire every year and become part of pensioners’ strength.

While working out the data‐base of pensioners as on a given date, average wastages out of the pensioners’ data base are worked out to arrive at the number of Defence pensioners on a particular date.

The Defence pensioners are spread over the length and breadth of the country.

The major pockets having concentration of Defence pensioners are states of Himachal Pradesh, Haryana, Punjab, Uttar Pradesh, Bihar, Maharashtra, Tamil Nadu and Kerala among others.

The Zone/State wise details of pensioners is enclosed in the accompanying Annexure – ‘A’. 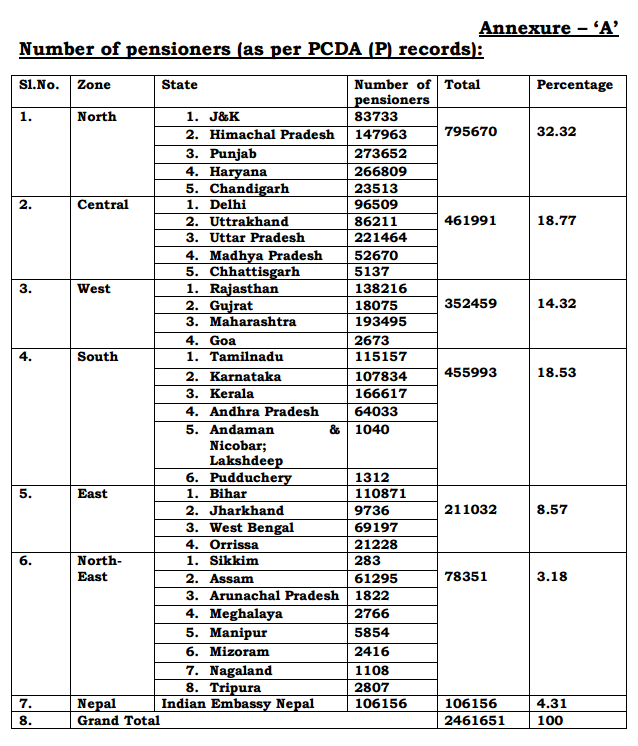 Further, around 4.60 lakhs pensioners drawing pension from 63 Defence Pension Disbursement offices, which are also mapped in the accompanying Annexure – ‘B’ 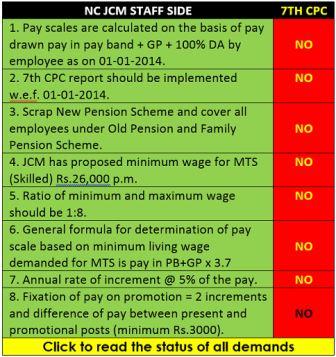