The State Government of Telangana has recently announced to hike in Dearness Allowance (DA) for its employees from July 2019. 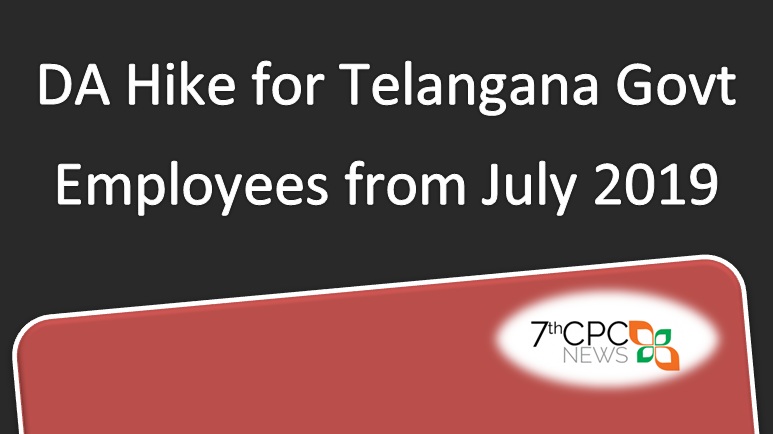 As per the order issued by the Finance Department of Telangana on 23 October 2020, the Dearness Allowance is revised from 12% to 17% with effect from 1.7.2019 to all the employees working under Telangana Government.

The Teaching staff of Government and Aided Affiliated Degree Colleges who are drawing pay in the Revised U.G.C Pay Scales, 2016.

Government hereby order the revision of Dearness Allowance from 12% to 17% with effect from 1st of July,2019 in respect of the following categories of employees: