It seems that the DA from July 2016 in 7th Pay Commission is not yet finalized by Central Government. There is confusion persists on the rate of Dearness Allowance to be paid from 1st July 2016 in revised Pay .

The AICPIN average for the year 2015 to be taken as Base Index for calculation of DA in 7th CPC as the DA has been neutralized to arrive the revised Pay.

But the NCJCM has contended that it should be paid at the rate of 3%.

It is obvious that the NCJCM Staff Sides claim has sufficient merits to be considered favorably by the Government.

The NCJCM Staff Side should be appreciated for this timely intervention and effort.

The central Government need to take decision in this regard soon, as it has been passed third week of September.

Usually the announcement of DA for July every year will be made in the first or second week of September. 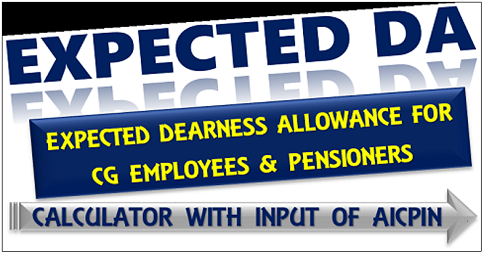