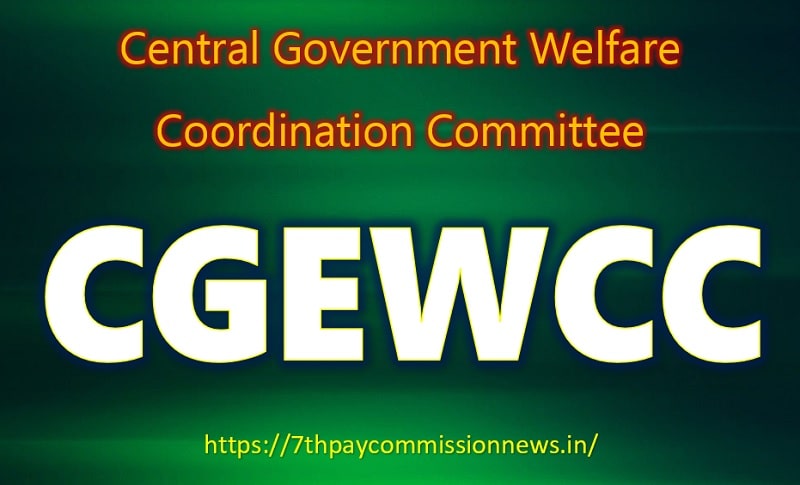 To,
All the Chairman/Secretary,
Central Government Employees Welfare Coordination Committees.
(As per the enclosed list)

I am directed to invite attention towards this Department letter of even number dated 1103.2018 regarding discontinuation of Grant-in-aid to Central Government Employees Welfare Coordination Committee (CGEWCC) for culture activities & Indore Games and Secretarial Assistance and to say that the matter regarding seeking approval for formation of the CGEWCC, received from various Central Government offices has been examined in this Department.

2. In this connection, it is informed that the Grant-in-aid to CGEWCC has already been discontinued and it has now been decided that henceforth this Department has no role, whatsoever, in the affairs of CGEWCC and its formation.

sd/-
(Pradeep.A)
Under Secretary of Govt. of India