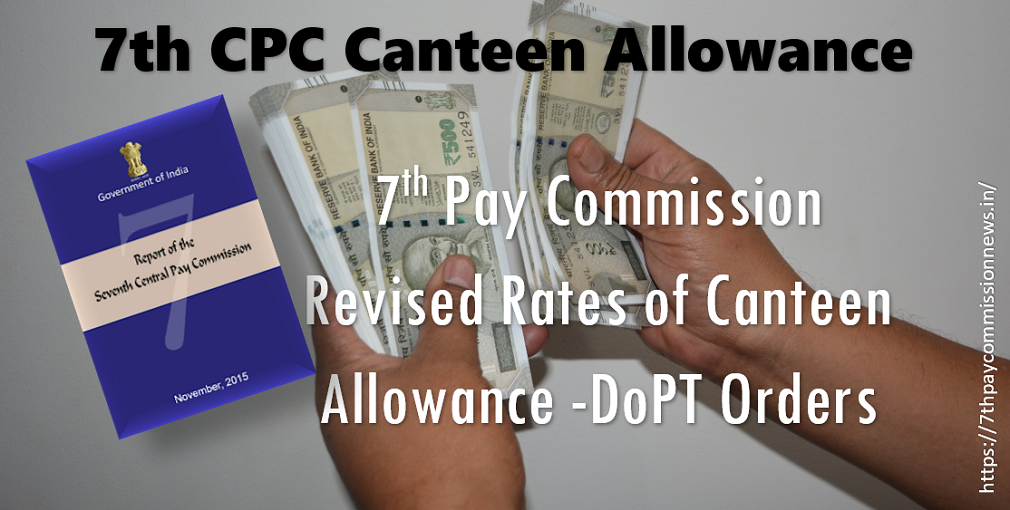 Canteen Allowance to Non- statutory Departmental Canteen employees consequent upon the recommendations of the VIIth Central Pay Commission -regarding.

The undersigned is directed to refer to the subject mentioned above and to state that the Government’s Decision, on the recommendations of the Seventh Central Pay Commission relating to Canteen Staff in ‘Other Allowances’ in para 8.17.8 of Chapter 8.17 of its report, has been notified vide Ministry of Finance Resolution No. 11-1/2016-1C dated 06.07.2017 has been considered in consultation with Department of Expenditure, Ministry of Finance and it has been decided to revise the Canteen Allowance by a factor of 1.5 admissible to certain categories of canteen employees as mentioned below at the following rates :-

2. The revised Canteen Allowance will be admissible w.e.f. 1st July, 2017. The rates shall further increase by 25 percent each time Dearness Allowance increases by 50 percent.

sd/-
(Kulbhushan Malhotra)
Under Secretary to the Government of India