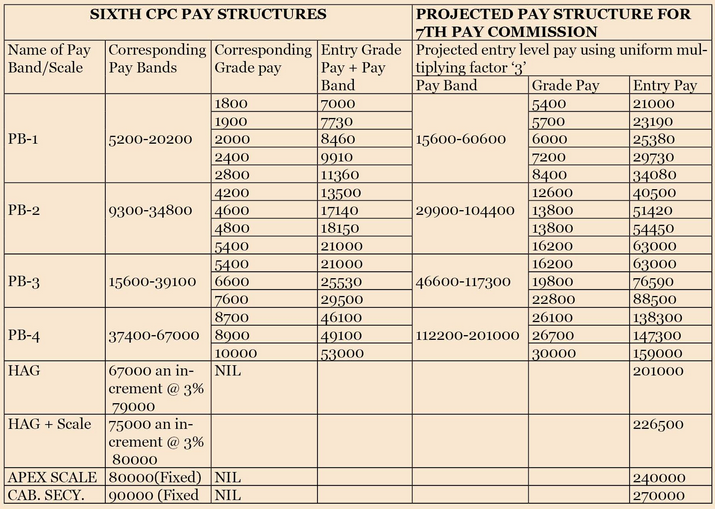 With the begining of 2016, pay scales proposed by 7th pay commission will be implemented. Our reports suggests that expected pay sturcture would be similar that we have produced. If this happens then there would be three times jump in the salaries of central government employees.

Employees unions are studying estimated pay scales and would certainly be registering its suggestions soon.

Report of sixth pay commissoin was implemented w.e.f. 01.01.2016. Sixth pay commission had proposed many newthing such as children education allowance and transport allowance.

Central government employees are also expecting that 7th pay commission would recommend permanent solution to merger of dearness allowance with basci pay if it crosses 100% mark.