The minimum and starting basic salary for MNS Officers in India is Rs. 56100 after implementation of the 7th pay commission. And the 7th CPC is fixing the minimum pay level is 10 for Lieutenant rank in Military Nursing Officers. 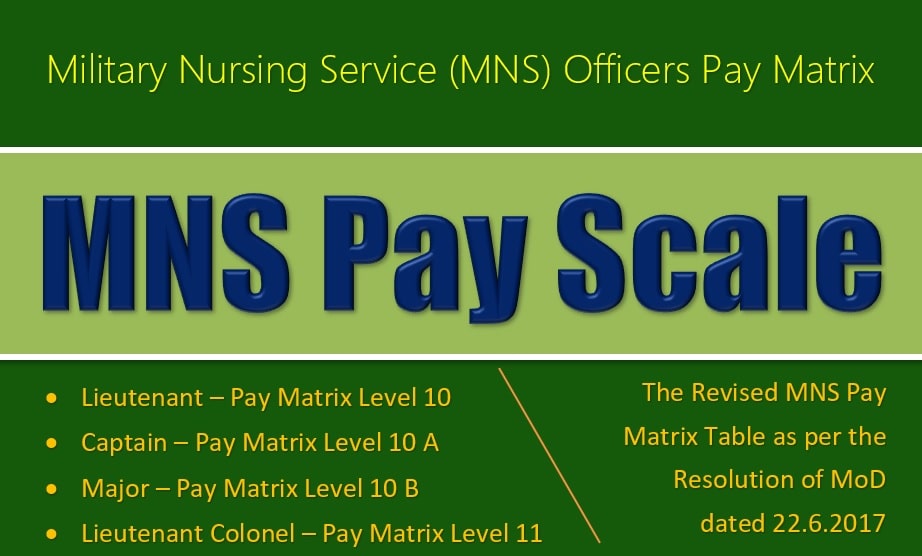 The 7th Pay Commission recommended a new pay scale table for MNS Officers separately. The same pay matrix table was implemented to all officers with effect from 1.1.2016. But, the Ministry of Defence issued an another revised pay matrix table on 22.6.2017 with some corrections. [Click to view the Resolution]

The Revised MNS Pay Scale Structure with basic salary as per the Resolution of MoD dated 22.6.2017 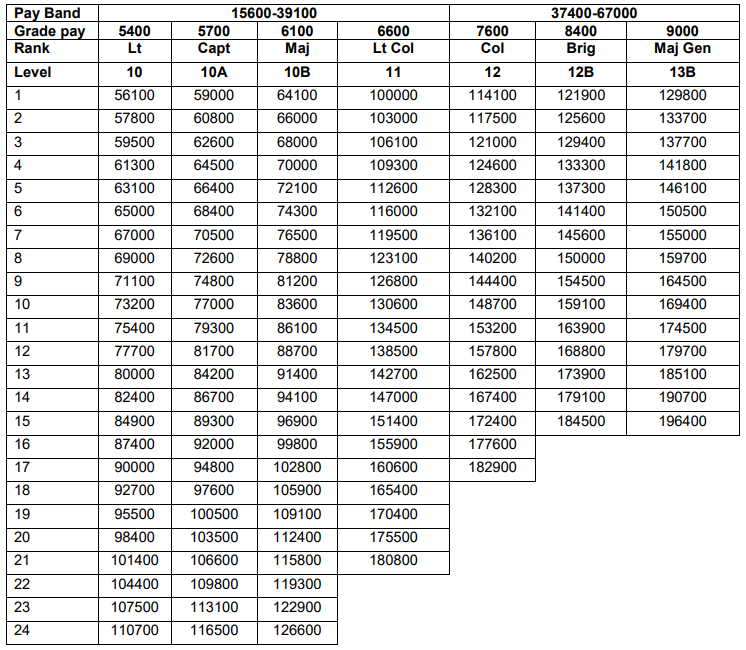 Click to view all pay level table for MNS Officers 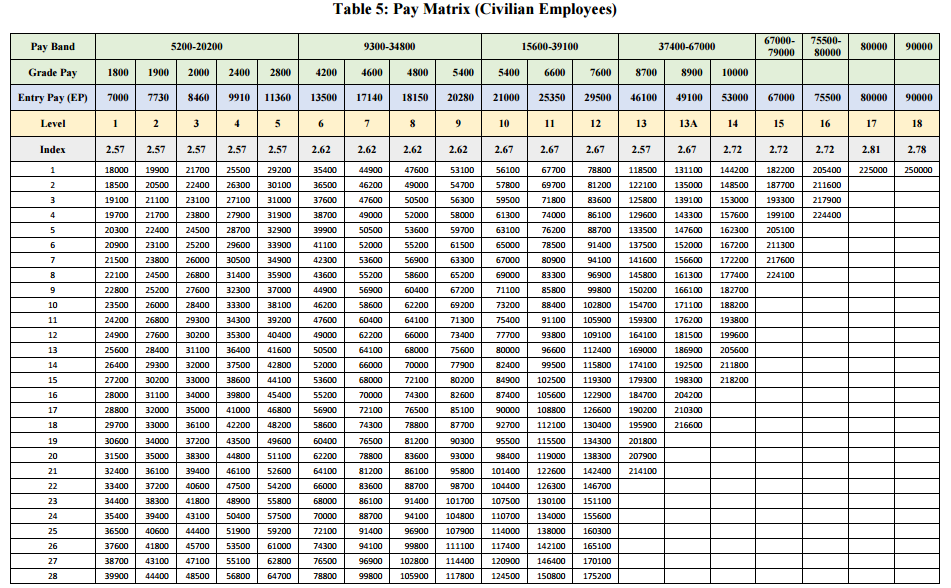 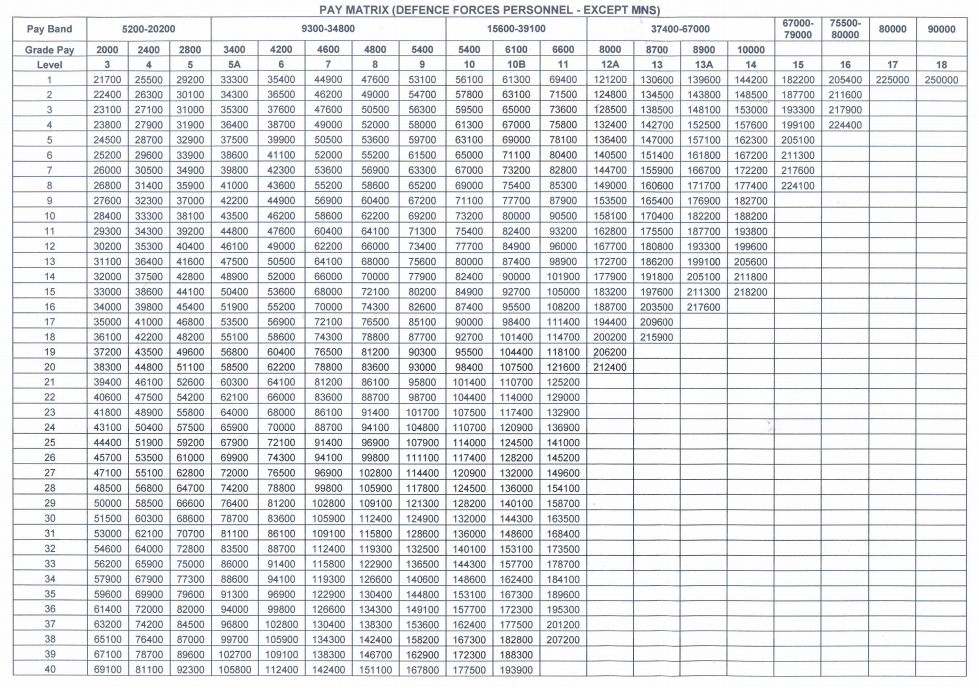 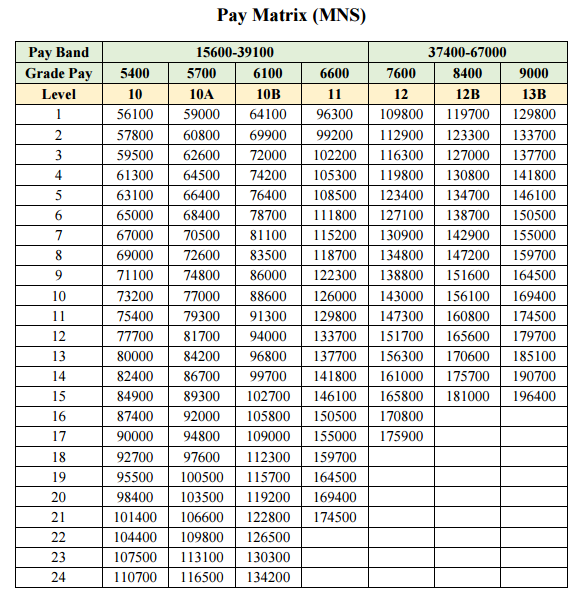 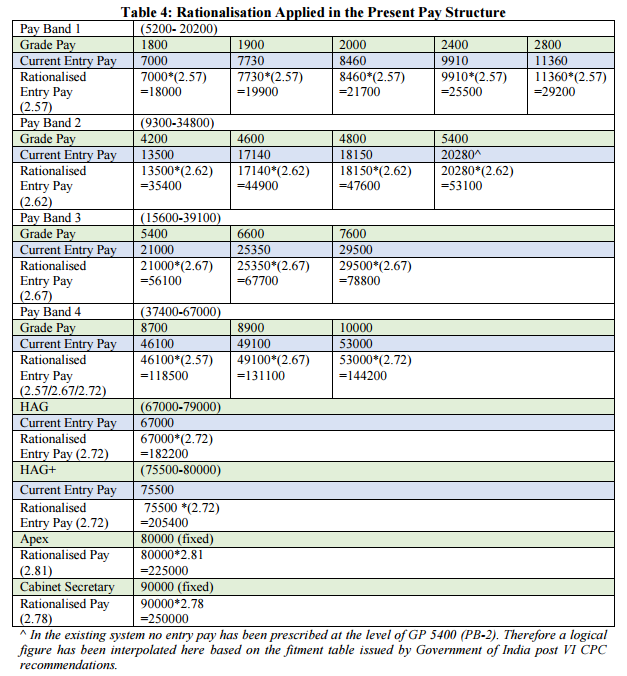 Level of Ranks and Pay Matrix for MNS Officers