The Department of Expenditure has issued a resolution on 16.5.2017 regarding the corrections has been made in the 7th Pay Commission Pay Matrix Table [Click to view in detail]

Modifications to the Resolution issued vide 1(7) 2016 dated 5th September 2016 relating to the revised Pay structure in respect of Officers of the Army, Air Force and Navy with effect from 1.1.2016

GOVERNMENT OF INDIA
MINISTRY OF DEFENCE
(DEPARTMENT OF DEFENCE)
New Delhi, the 22 June 2017

And, whereas, the Government has considered it necessary to make the following changes in the recommendations of the said Seventh Central Pay Commission in respect of the said categories of employees, namely:

(2) To rectify the factual errors appearing in Level 10 B and Level-12 of the pay matrix of MNS and in view of the changes in the IOR in the Defence Pay Matrix, the first stage of corresponding Levels of Pay Matrix of MNS shall also change. Accordingly, the Pay Matrix (MNS) shall be revised. The revised MNS Pay Matrix is at Appendix 2.

Ordered that this Resolution be published in the Gazette of India Extraordinary.

sd/-
(M. Subbarayan)
Joint Secretary to the Govt. of India. 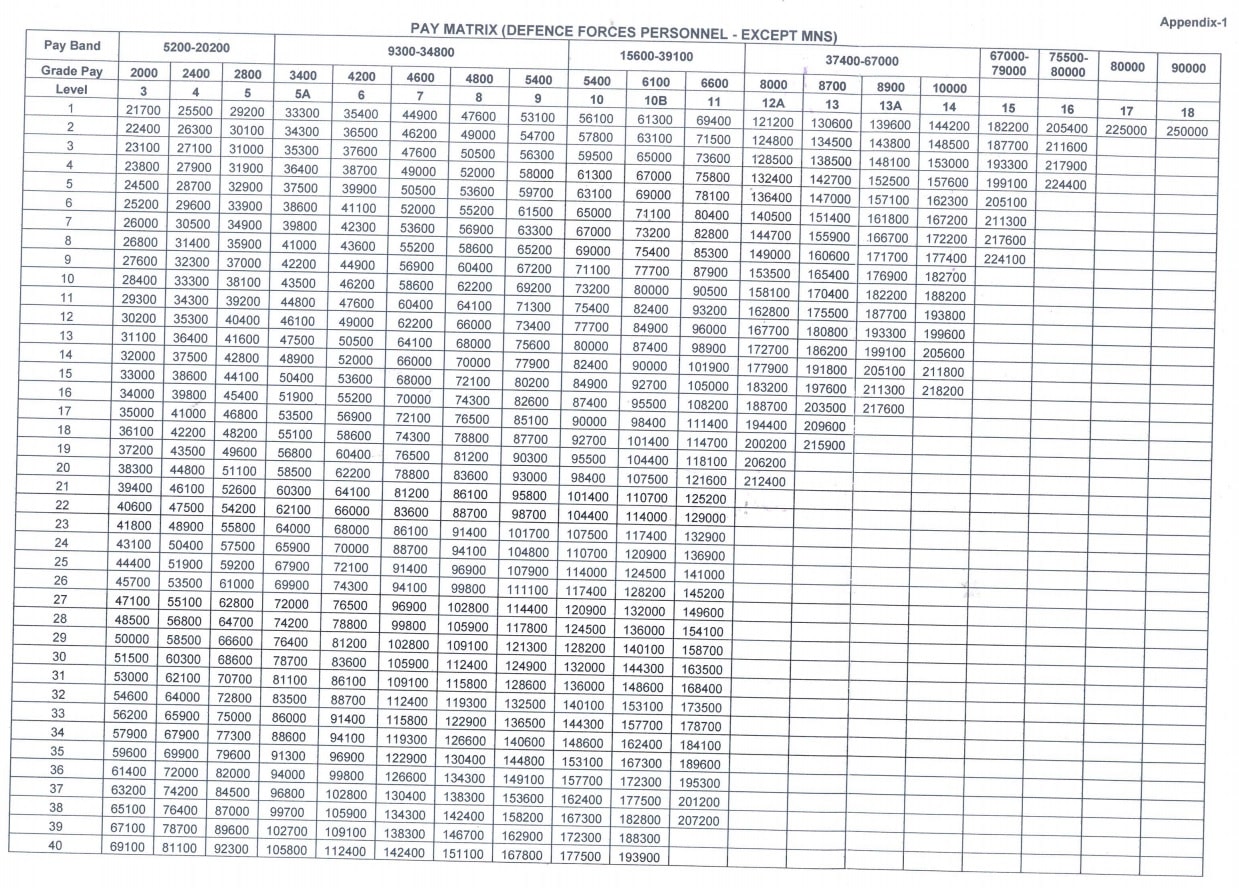 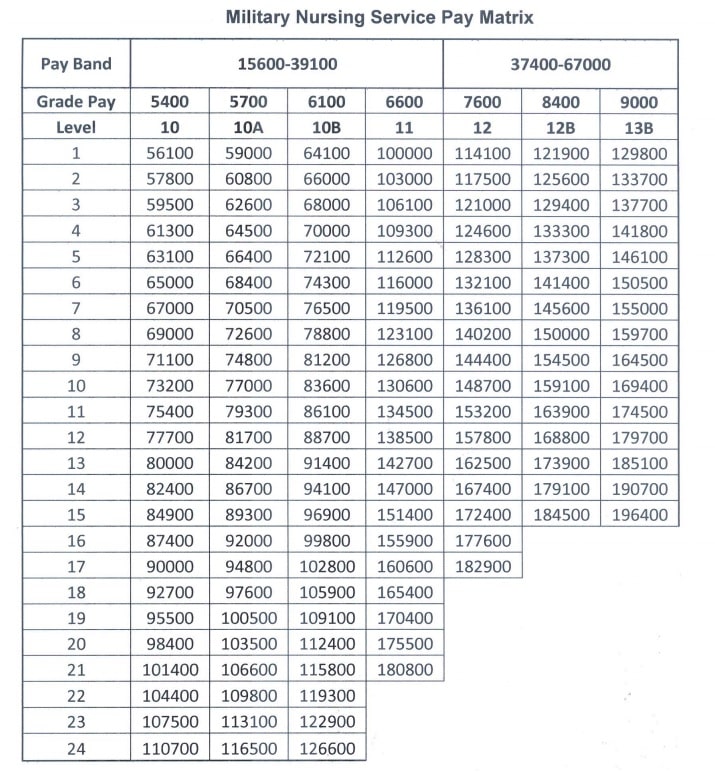