1. The issues raised by various stakeholders in respect of the existing pay structure have been addressed by subsuming of grade pay and pay bands into one composite level.

2. The correction of variable spacing between adjacent grade pay and pay bands by way of rationalisation has been effected. The disparity between PB-3 and PB-4 has been set justify by the process of normalisation. This will also help address the demands for upgradation of grade pay received in the Commission solely on grounds of disparity between various pay bands.

3. The fixation of revised pay has been greatly simplified in the new pay matrix and will not involve further calculations. The basic pay being drawn by any person on the date of implementation is to be multiplied by a factor of 2.57 and the figure so obtained will  be matched for the closest figure in the level pertaining to his/her existing grade pay and fixed there.

4. The issue of differential entry pay has been resolved.

5. The employee can traverse both vertically within a level in the new pay matrix by way of annual progression, and horizontally across levels by way of MACP as well as on regular promotion. This will enable him/her to visualise the career path across levels and span of service.

6. The new matrix will provide greater visibility and transparency with respect to actual pay drawn as compared to the earlier system of pay scales or pay bands. It will also depict the exact amount payable to a person in relation to number of years spent in service in each level.

7. The new pay matrix is expected to be easy to administer.

8. In line with the principle of greater transparency, the new pay matrix will provide an unambiguous and complete view of the pay system in the Government of India.

Similar pay matrices have been designed for the personnel of defence forces and the MNS so as to ensure uniformity in pay structures. 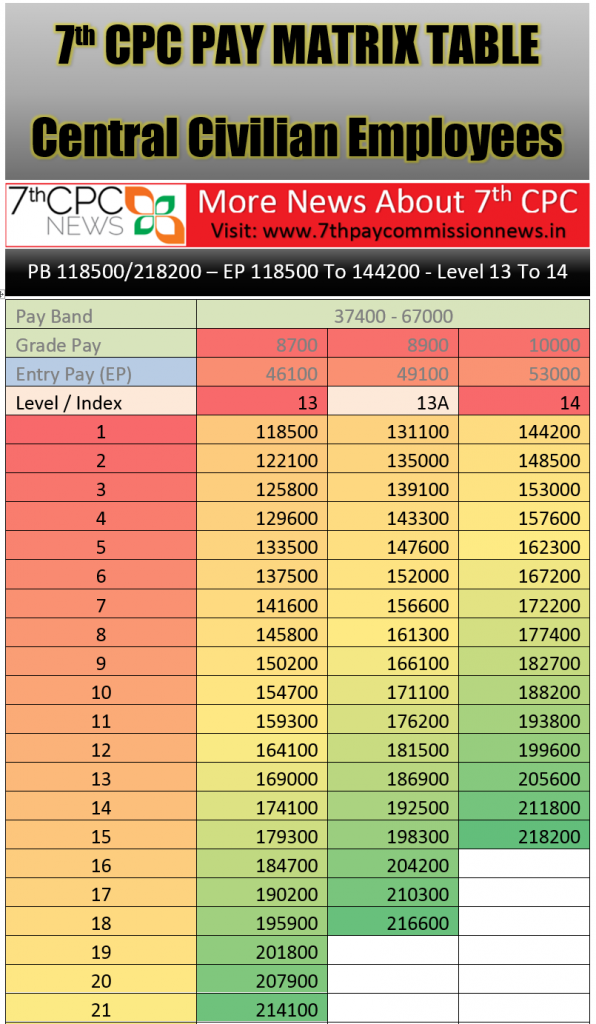 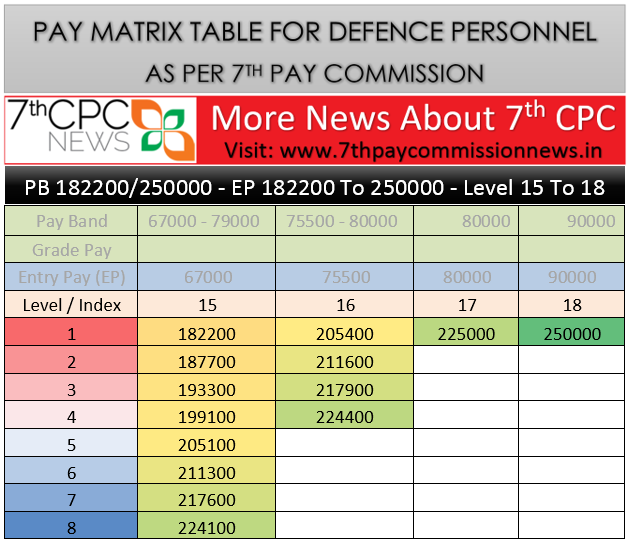 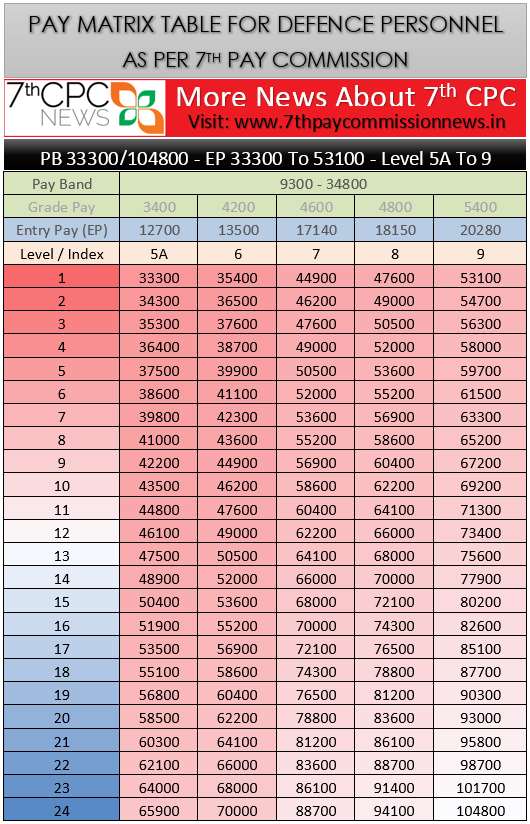 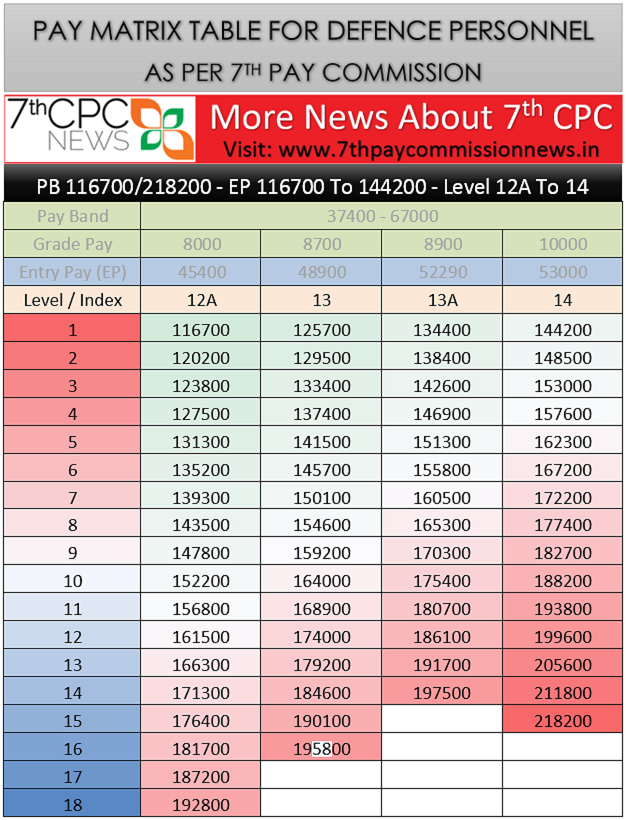