You are here: Home / 7th CPC Pay Fixation on Promotion and MACP Calculator

If designation or grade of the post changed due to promotion, salary computation is more important as per the existing rules for Government employees. We provide here a simple tool to determine your new salary!

Then the 7th Pay Commission has recommended an important rectification in the scheme, which is MACP granted in their own hierarchy.

PAY FIXATION METHOD: ONE INCREMENT SHALL BE GIVEN IN THE SAME LEVEL AND PLACED EQUAL OR NEXT HIGHER AMOUNT IN THE PROMOTED LEVEL.

Fitment Factor for CG Employees: Uniform Fitment factor of 2.57 is being proposed to be applied uniformly for all employees.

It includes a factor of 2.25 on account of DA neutralisation, assuming that the rate of Dearness Allowance would be 125 percent at the time of implementation of the new pay. [Para 5.1.27 in 7th CPC Report]

Fitment Factor for Defence Personnel: The starting point of a Sepoy (and equivalent), the entry level personnel in the defence forces, has been fixed in the Defence Pay Matrix at Rs.21,700.

The fitment in the new matrix is essentially a multiple factor of 2.57. This multiple is the ratio of the new minimum pay arrived at by the Commission (Rs.18,000) and the existing minimum pay (Rs.7,000). The fitment factor is being applied uniformly to all employees.

An identical fitment of 2.57 has also been applied to the existing rates of Military Service Pay (MSP), applicable to defence forces personnel only [Para 5.2.7 in 7th CPC Report]

Click here to view the Pay Matrix Table as per recommendations of 7th CPC issued on 25.7.2016

Click here to view the 7th CPC Pay Matrix Table as per Gazette Notification issued on 16.5.2017 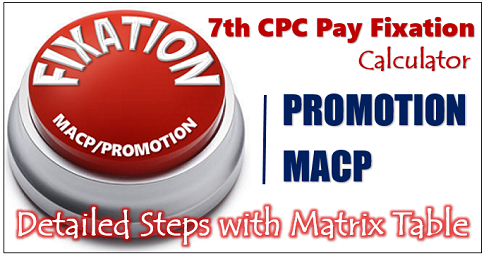 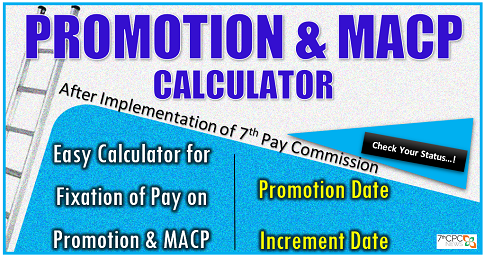