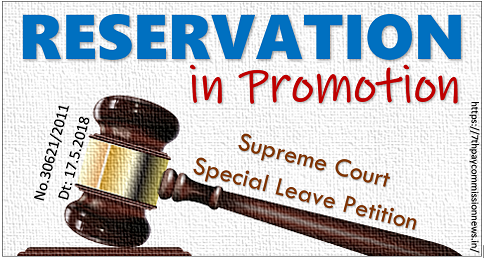 Reservation in promotion for Scheduled Tribes

Department of Personnel & Training, Ministry of Personnel, Public Grievances and Pensions is the nodal agency for framing policy for reservation of Scheduled Tribes. As per Department of Personnel & Training, the benefit of reservation for the Central Government posts and services is provided to the Scheduled Tribes as a composite group and not caste/sub-caste wise. The representation of Scheduled Tribes in the posts and services of the Central Government as on 01.01.2016 is 2,76,007 as against the total employee of 32,58,663, which comes to about 8.4%.

This information was given by the Union Minister of State for Tribal Affairs Shri. Jaswantsinh Bhabhor in Rajya Sabha today.

Latest news and court judgement about reservation on promotion