You are here: Home / Promotion / Recording of Higher Academic/Educational Qualification in the Service Record of Employees Recruited through RRBs

Government Of India
Ministry Of Railways
(Railway Board)

The General Manager(P)s,
All Zohal Railways & Production Units.
(As per standard list).

Sub : Recording of higher academic/educational qualification in the Service Record of employees recruited through RRBs.

Pursuant to a decision taken in PNM/AIRF meeting Agenda Item No. 34/2016, instructions were issued vide Board’s letter of even number dated 07.12.2017 (RBE No. 191/2017) for recording of such educational qualification in the Service Records of a RRB recruited employee about which he had mentioned in his application form to RRB as an unfinished course, subject to the proviso that such course has been completed by him successfully before his/her joining the Railways. Board’s letter ibid also stipulated that past cases need not be re-opened.

2. On being raised by both the recognised federations e.g. AIRF and NFIR, Board have considered the matter further and have decided, in partial modification of the above quoted dispensation, to extend similar benefit to RRC recruited candidates.

3. Past cases, based on individual representations for recording educational qualification in Service Records can also be considered on merits on case to case basis. However, past cases of promotion already done will not be allowed to be re-opened. 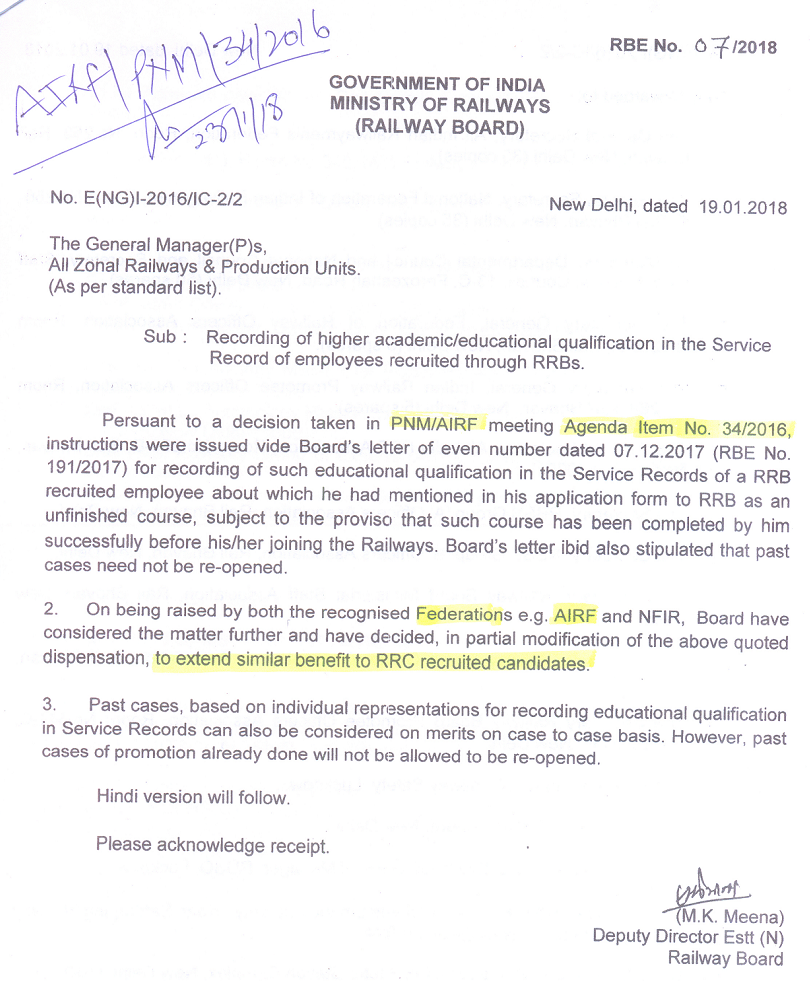