CGEGIS 1980 – CGEGIS Rules, Benefits, Contribution Rates and Calculation at the time of Retirement 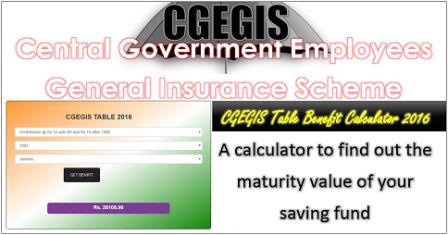 5.3 All these employees’ who had entered Central Government Service after 1st November 1980 will be compulsorily covered under the scheme from the date it came into force i.e. from 1st January 1982. The employees will be enrolled as members of the scheme only from 1st January every year. If an employee enters service on or after 2nd January in any year, he will be enrolled as a member-only from 1st January of the next year. However, he will be entitled to insurance cover from the actual date of entry of service till the end of that calendar year by paying a monthly subscription of Rs. 5/- p.m. as premium for every Rs. 15,000/ – of the insurance cover.

Similarly, on the regular promotion of a member of a lower Group to a higher Group after 1st January in a year, his subscription will be raised from the 1st January of the next year.

Note:- If an employee once admitted to a higher Group is subsequently reverted to the lower Group for one reason or the other, he will continue to subscribe at the same rate as that of higher Group.

5.4 Contract employees, persons on deputation from State Government Public Sector Undertakings, or other autonomous organisations locally recruited staff in the Missions abroad, casual labourer, part-time and ad-hoc employees will not be covered by the scheme. It will also not apply to persons recruited in the Central Government after attaining the age of 50 years.

5.6 Subscription at the appropriate rate should be recovered by the DDO from each member every month irrespective of whether the member is on duty, leave or under suspension. In the case of absence on Extra Ordinary leave, subscription due should be recovered in arrears in not more than 3 instalments after the member rejoins duty, along with appropriate interest thereon. In the event of the death of a member during Extra-ordinary leave, the DDO should recover arrears in subscription along with interest, from the payment to the nominee admissible under the scheme.

Note:- Subscription is payable till the end of service including the month in which an employee retires, dies or is removed from service. If an employee dies during a month before recovery of subscription for that month, his dues will be paid after deducting the subscription.

5.7 In the case of members proceeding on foreign service, the recovery of subscription would be watched by the PAO concerned in the same manner as the recovery of leave salary and pension contributions are watched.

5.8 The Head of Office should obtain Nomination(s) in Form 7 or Form 8, as the case may be, from all members without delay, and after countersignature, have them pasted in their service books.

5.9 The Head of Office should ensure that the Group-wise register of members is maintained in Form 9 and kept up-to-date. This register shall be sent to the DDO concerned once a year to verify whether appropriate subscription is being recovered from all employees who have joined the Insurance Fund or both the Insurance Fund and the Savings Fund under the Scheme and to record a certificate to this effect.