As a result of Enhancement of Bonus Calculation Ceiling Bonus Calculator is prepared to Calculate the bonus for the year 2014-15.

Central Government stated, in its Letter to NCJCM Staff Side, that Increasing Bonus Ceiling is not applicable for Central Staffs. But the NJCA firm on its demand that it should be extended to Central government employees as they are entitled to get the benefit of increase in bonus Ceiling. Surprisingly the Central Government issued order for Increased Ceiling of Productivity Linked Bonus for CG Employees with effect from 1.4.2014.

Bonus has to be calculated as per the increased Calculation limit for the Year 2014-15. Accordingly, the payment should be made for the year 2014-15. As a result of this Bonus Arrears to be paid to All Eligible Cg Staff.

Enter the Number of days declared for the year 2014-15 in the Bonus calculator provided below. It will show you the amount of Bonus Arrears to be paid. 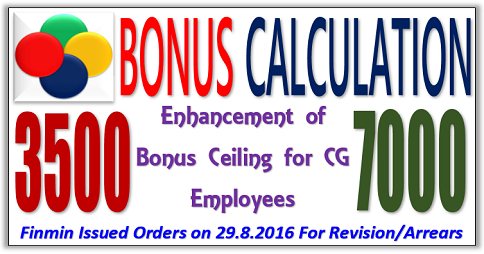 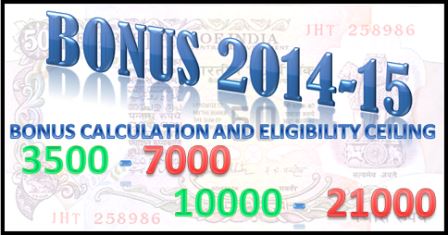