You are here: Home / 7th CPC Pay Calculator as per Cabinet Approval 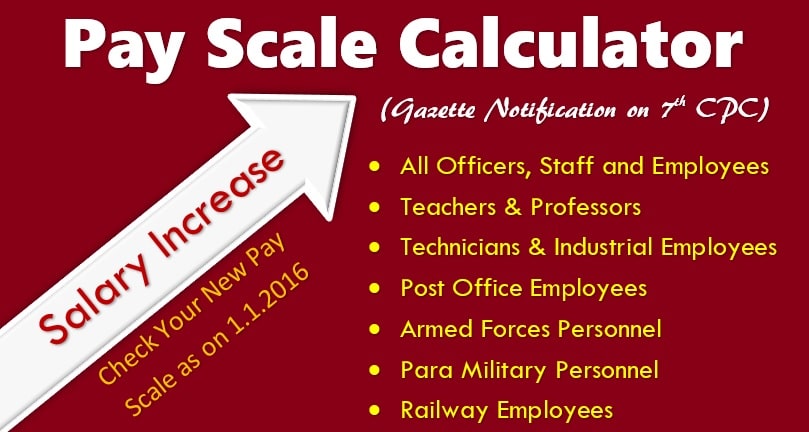 The new salary slab for Central Government employees notified by the Union Government with effect from January 2016. And to know the pay hike as per the new salary structure table (now called Pay Matrix Table) from this simple online tool. We are providing the latest news today about the amendment or rectification on the pay matrix table here.

After the implementation of 7th Central Pay Commission by the Central Government, more than 50 lakh employees are benefiting with effect from 1st January 2016. Revision of the new pay salary scale with all allowances for all groups of staff working under the Central government, (Group A, Group B and Group C as per classification of 7th CPC) has been done immediately after issued gazette notification by the Central Government.

And more than 50 lakh pensioners including family pensioners are getting a hike in pension from 1.1.2016.

The Govt accepted to increase the salary as per 7th pay commission for Teachers and Professors working under Central Government (autonomous bodies).

The simple online tool for converting the salary scale from 6th to 7th CPC with arrears calculation.

Features of the online tool

How to use the calculation tool

The tool shows the pay scale only up to July 2017, follow the steps to know as on date