To
All Affiliates of AIBOC/AIBOA/INBOC/NOBO

Today our delegation met Shri Rajeev Kumar, Finance Secretary, with whom the issues related to mergers, Wage Revision, the full mandate from the remaining five banks, incorporation of Sec 17(A) of PC Act, 2018 as a part of the service conditions, introduction of full 5 day week, reduction of cash transaction hours, issues related to retirees and also scrapping of selling of third party products were discussed threadbare.

2. The Finance Secretary was positive in formation of a committee consisting of all concerned to address the issues arising out of the proposed merger of 10 banks including preserving the identity of all the banks. An appeal was made to us to revisit our strike call in view of the discussions.

3. In view of the consideration of the positive and workable solution by the Finance Secretary, Govt. of India, the 48 hours strike from midnight of 25th September, 2019 to 27th September, 2019 stands deferred.

We shall inform the developments in due course. 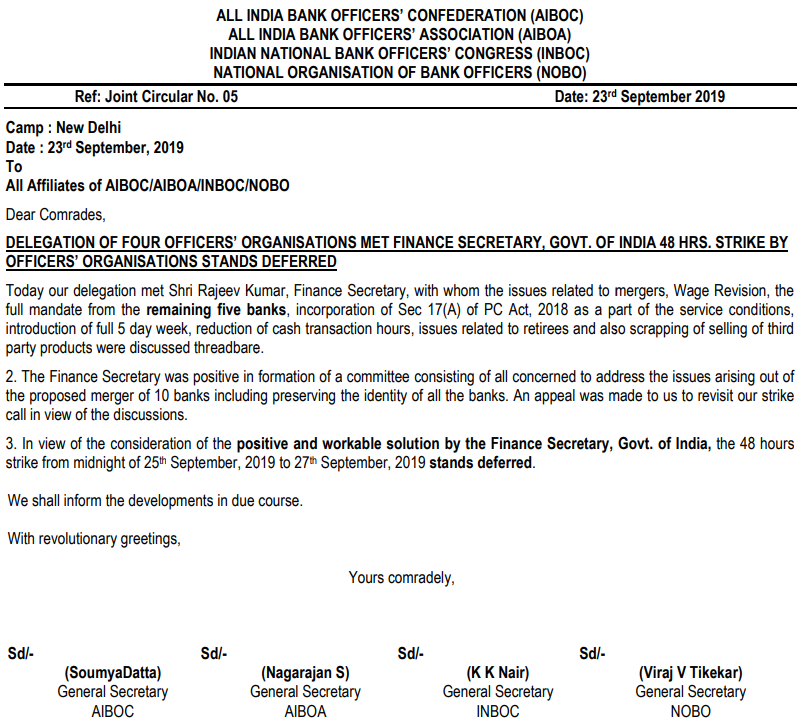