The DA Calculation is over! 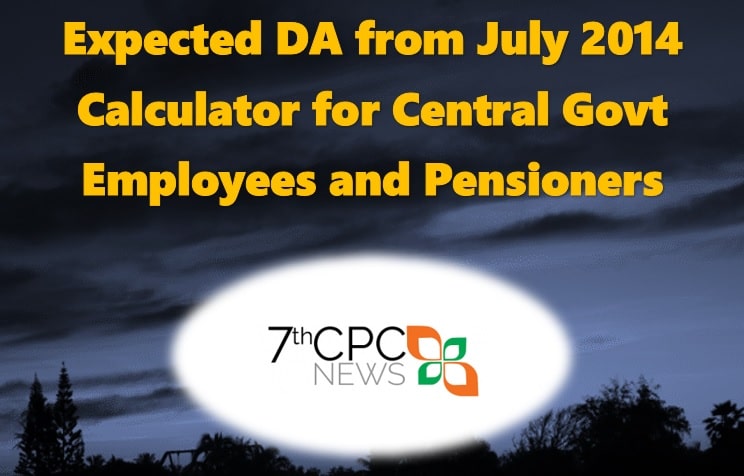 The DA Table is given below for the month of July 2014:

We have been waiting eagerly for the announcement of 50% DA merger and interim relief for quite some time now, but still no announcement about it has come out! This is really disappointing.

As you know, we got the 50% DA merger(5th pay commission) and interim relief(2nd to 4th pay commission) in the last pay commission to compensate for the increased commodity prices and economic burden. So our present expectation cannot be unreasonable. We only get our DA to manage the price rise of essential commodities. As of now it has reached 100% raise and some allowances are expected to rise only by 25%. When this is the case, calculating the DA rise in the coming July 2014 is somewhat difficult. As of now, the announcement of only one month’s AICPIN has come out. In the coming five months, we will get a complete picture of the AICPIN value. Only after that we can calculate the DA rise accurately.