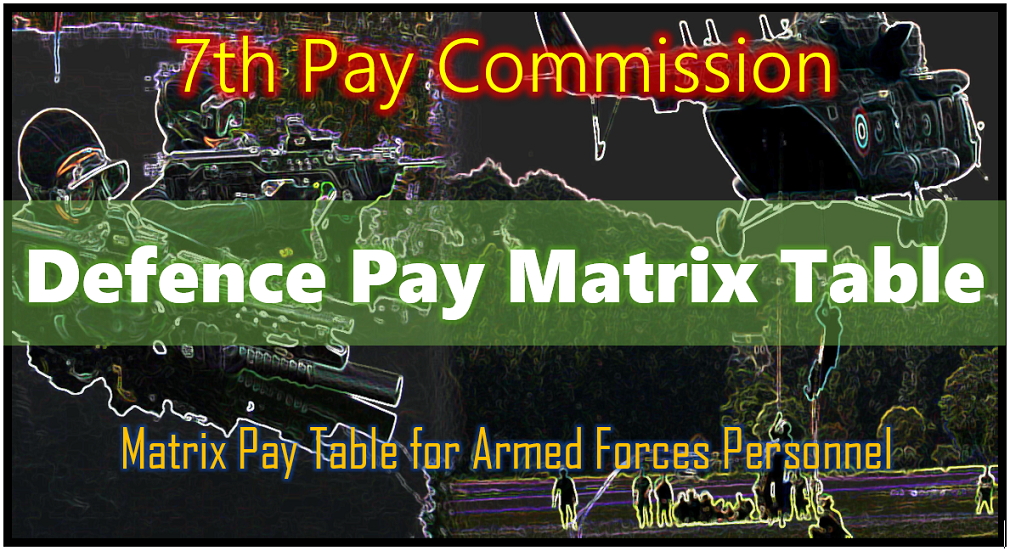 Finance Ministry issued an important Resolution after approval of Cabinet Committee on 7th CPC Recommendations on 25.7.2016.

The Government of India accepted the recommendations of 7th Central Pay Commission and amended the pay matrix table against the demand of Armed Forces Personnel and Officers.

Two Gazette Notifications were issued by the Ministry of Defence on 5.9.2016 ragarding revised pay rules for Personnel Below Officer Rank (PBOR) of Armed Forces. and Officers of Armed Forces.

Modifications of Level-12A and 13 in Pay Matrix Tables created more confusion and the Ministry of Defence issued a clarification order on 2.7.2018.

We created the matrix table in simplified form for easy understanding…

Click to Enlarge the image of Revised Pay Matrix Table