Index of Rationalisation of Pay Matrix Level 13A (Brigadier) in Defence Pay Matrix may be revised upward from 2.57 to 2.67 (Fitment Factor)

The Commission, on 19th November, 2015, submitted its Report on the matters covered in its Terms of Reference as specified in the aforesaid Resolution dated the 28th February, 2014.

2. The Government, after consideration, has decided to accept the recommendations of the Commission in respect of the categories of employees covered in its Terms of Reference contained in the aforesaid Resolution dated the 28th February, 2014 in the manner as specified hereinafter.

3. The Government has accepted the Commission’s recommendations on Minimum Pay, Fitment Factor, Index of Rationalisation, Pay Matrices and general recommendations on pay without any material alteration with the following exceptions in Defence Pay Matrix in order to maintain parity in pay with Central Armed Police Forces, namely :-

(i) the Index of Rationalisation of Level 13A (Brigadier) in Defence Pay Matrix may be revised upward from 2.57 to 2.67;

4. (1) The Pay Matrix, in replacement of the Pay Bands and Grade Pays as in force immediately prior to the notification of this Resolution, shall be as specified in Annexure I in respect of civilian employees.

(2) With regard to fixation of pay of the employee in the new Pay Matrix as on 1st day of January, 2016, the existing pay (Pay in Pay Band plus Grade Pay) in the pre-revised structure as on 31st day of December, 2015 shall be multiplied by a factor of 2.57.

The figure so arrived at is to be located in the Level corresponding to employee’s Pay Band and Grade Pay or Pay Scale in the new Pay Matrix.

(3) After fixation of pay in the appropriate Level as specified in sub-paragraph (2) above, the subsequent increments in the Level shall be at the immediate next Cell in the Level.

5. There shall be two dates for grant of increment namely, 1st January and 1st July of every year, instead of existing date of 1st July; provided that an employee shall be entitled to only one annual increment on either one of these two dates depending on the date of appointment, promotion or grant of financial up-gradation.

The arrears on this account shall be paid during the financial year 2016-2017.

7. The recommendations on Allowances (except Dearness Allowance) will be referred to a Committee comprising Finance Secretary and Secretary (Expenditure) as Chairman and Secretaries of Home Affairs, Defence, Health and Family Welfare, Personnel and Training, Posts and Chairman, Railway Board as Members.

The Committee will submit its report within a period of four months.

Till a final decision on Allowances is taken based on the recommendations of this Committee, all Allowances will continue to be paid at existing rates in existing pay structure, as if the pay had not been revised with effect from 1st day of January, 2016.

9. The recommendations of the Commission for increase in rates of monthly contribution towards Central Government Employees Group Insurance Scheme (CGEGIS) for various categories of employees has not been accepted.

The existing rates of monthly contribution shall continue. Department of Expenditure and Department of Financial Services will work out a customized group insurance scheme for Central Government employees.

10. The Government has accepted the recommendations of the Commission on upgrading of posts except for those specified at Annexure III.

The recommendations on upgradation specified at Annexure III will be separately examined by Department of Personnel and Training for taking a comprehensive view in the matter.

11. The Government has not accepted the recommendations of the Commission on downgrading of posts and normal replacement will be provided in such cases.

13. The pay of officers posted on deputation under Central Staffing Scheme will be protected and the difference in the pay will be given to them in the form of Personal Pay to be made effective from the date of notification.

(iv) a uniform retirement age for all ranks in Central Armed Police Forces, where the Commission could not arrive at a consensus, status quo shall be maintained.

15. A Committee of Secretaries comprising Secretaries of Departments of Personnel and Training, Financial Services and Pension and Pensioners’ Welfare will be set up to suggest measures for streamlining the implementation of the National Pension System (NPS).

16. Anomalies Committees will be set up by Department of Personnel and Training to examine individual, post-specific and cadre-specific anomalies arising out of implementation of the recommendations of the Commission.

17. Regarding pay and related issues concerning All India Services, appropriate action will be taken by Department of Personnel and Training to give effect to the decisions on these matters as may be applicable to them.

18. The Government of India wishes to place on record their appreciation of the work done by the Commission.

Ordered that this Resolution be published in the Gazette of India, Extraordinary.

Ordered that a copy of this Resolution be communicated to the Ministries/Departments of the Government of India, State Governments, Administrations of Union Territories and all other concerned. 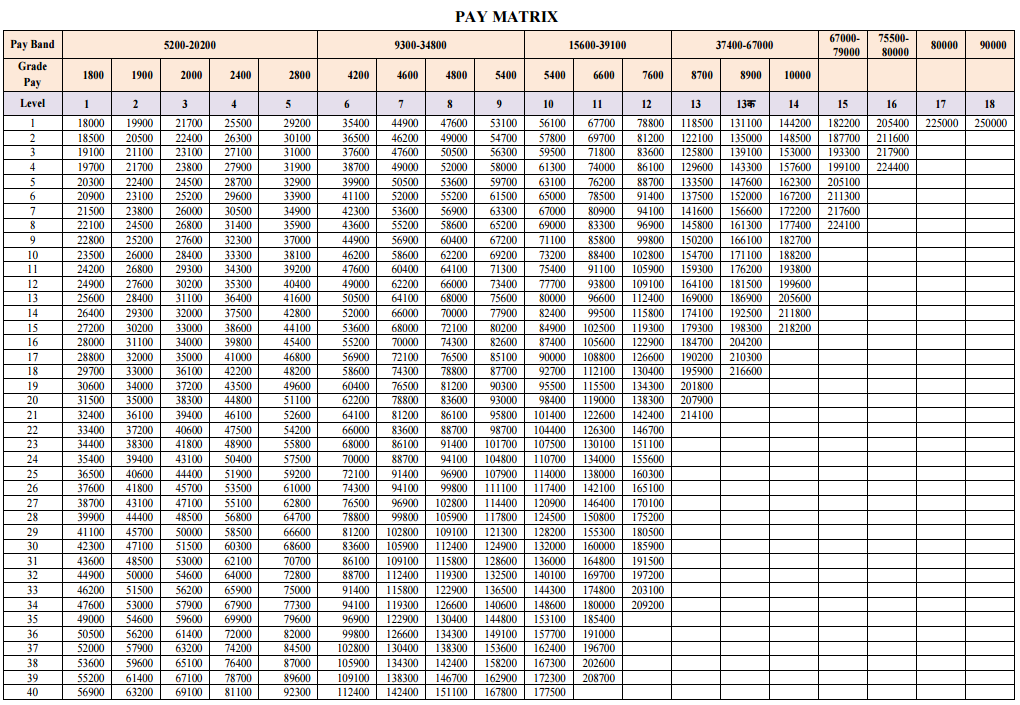 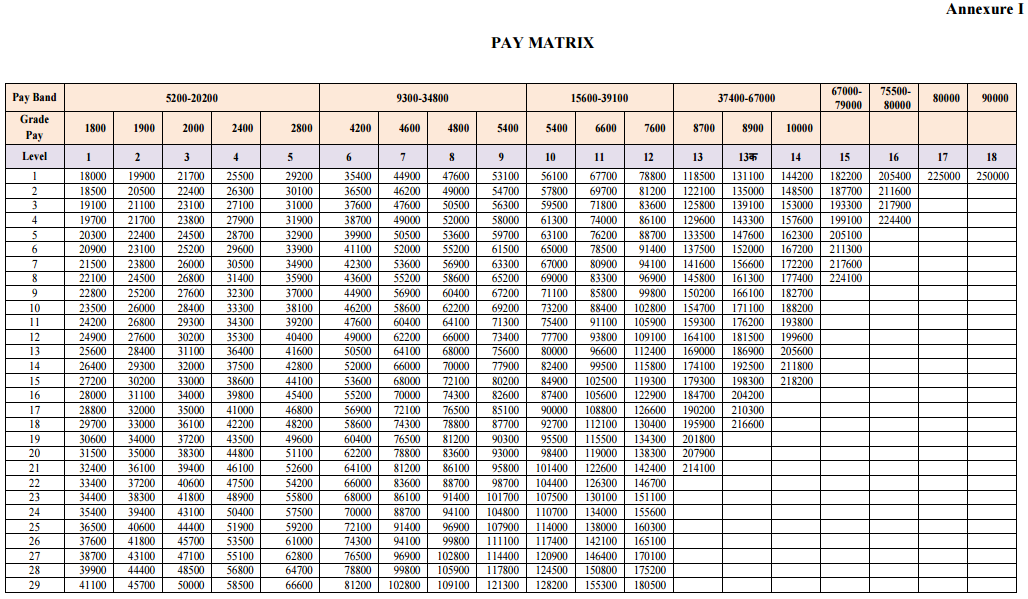