You are here: Home / Equivalent Ranks in Armed Forces

EQUIVALENCE OF RANKS IN THE THREE SERVICES OF ARMED FORCES 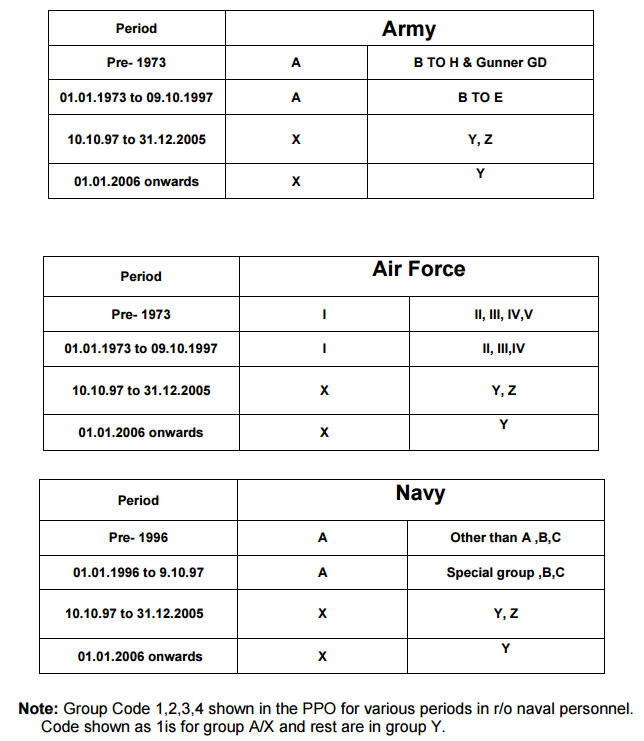 B. Junior Commissioned Officers (JCOs) and Other Ranks(ORs) 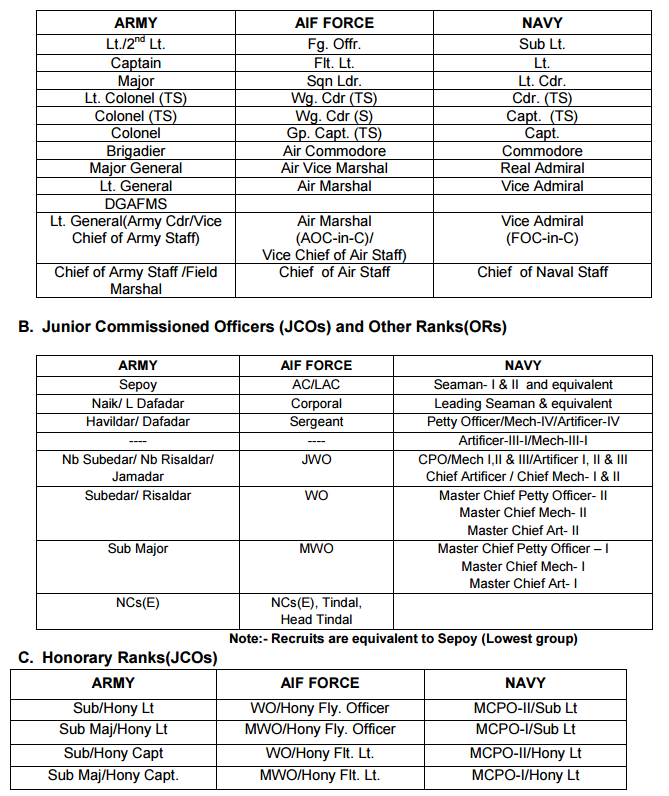