The All-India CPI-IW for December, 2015 decreased by I point and pegged at 269 (two hundred and sixty nine). On 1-month percentage change, it decreased by (-) 0.37 per cent between November and December, 2015 which was static between the same two months a year ago.

At centre level, Ludhiana reported the maximum decrease of 7 points followed by Ahmedabad and Rourkela (6 points each), Tripura, Varanasi, Lucknow and Kodarma (5points each).

The indices of 37 centres are above All-India Index and other 40 centres’ indices are below national average. The index of Jabalpur centre remained at par with All-India Index.

The next issue of CPI-IW for the month of January, 2016 will be released on Monday, 29th February, 2016. The same will also be available on the office website www.labourbureaunew.gov.in. 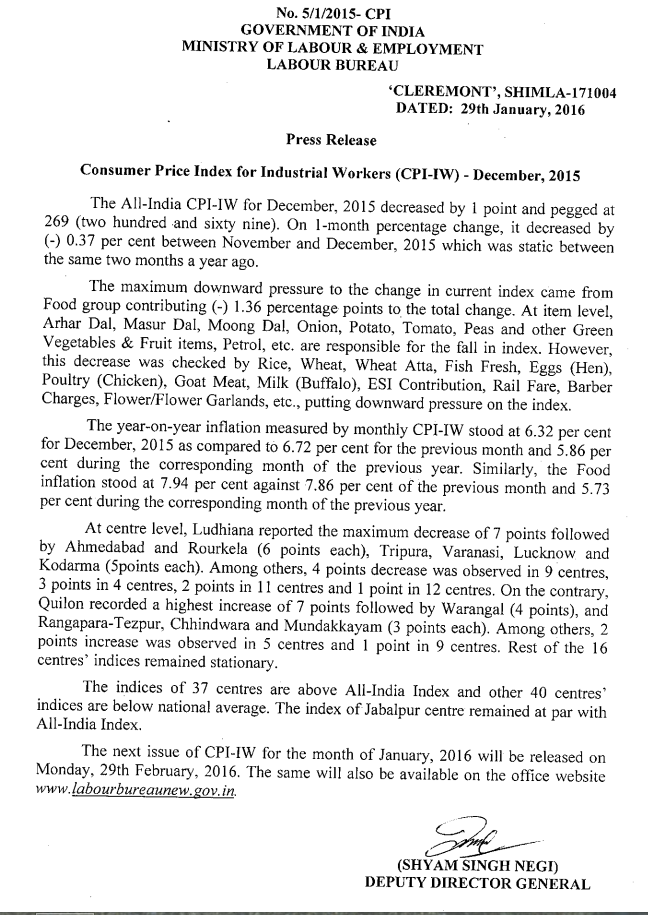 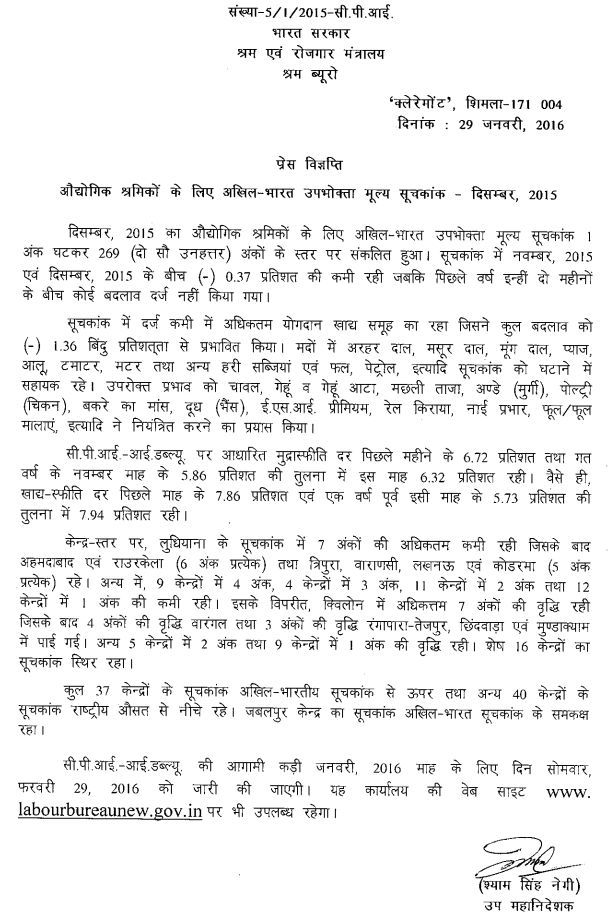