You are here: Home / AICPIN / Press Release of AICPIN for the month of March 2019 – Download in Hindi

The statistics of Consumer Price Index for Industrial Workers (CPI-IW) for the month of March 2019 has been released by the Labour Bureau yesterday (30.4.2019) in its office website.

The All-India CPI-IW increased by 2 points and stands at 309 (three hundred and nine).

At centre level Munger-Jamalpur and Lucknow reported the maximum increase of 6 points each followed by Kanpur, Bhilwara and Ranchi-Hatia (5 points each). Among others, 4 points increase was observed in 3 centres, 3 points in 10 centres, 2 points in 17 centres and 1 point in 19 centres. On the contrary, Kodarma recorded a maximum decrease of 5 points followed by Tiruchirapally (3 points) and Chennai (2 points). Among others, 1 point decrease was observed in 8 centres. Rest of the 13 centres’ indices remained stationary.

The indices of 33 centres are above All-India Index and 44 centres’ indices are below national average. The index of Rourkela centre remained at par with All-India Index.

The next issue of CPI-IW for the month of April, 2019 will be released on Friday, 31st May, 2019. The same will also be available on the office website www.labourbureaunew.gov.in. 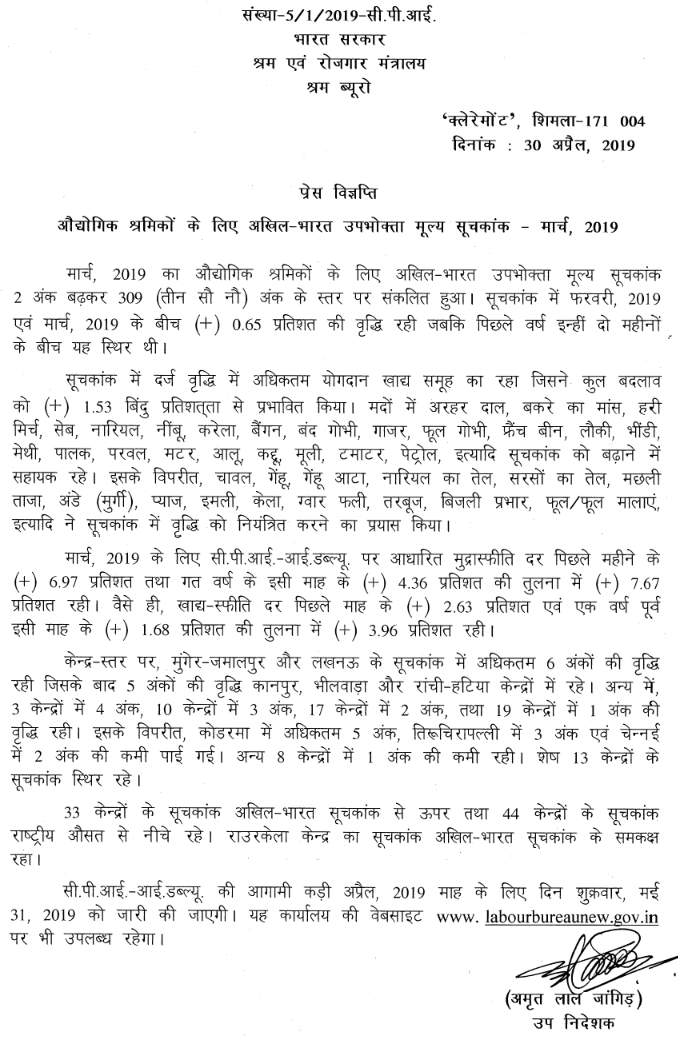