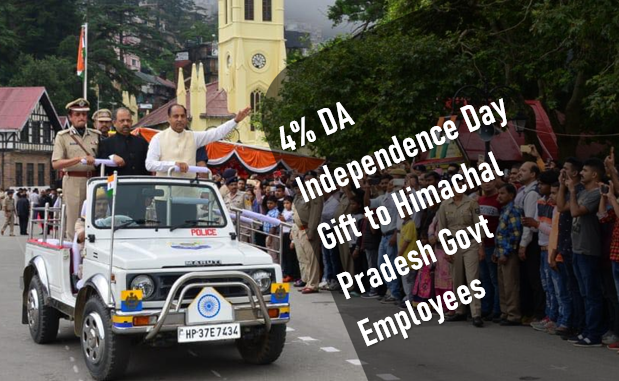 In a speech presiding over the 73rd Independence Day function in Himachal Pradesh, the State Chief Minister Jai Ram Thakur announced that the Dearness allowance would be paid retrospectively from January this year.

Already the statistics of the Consumer Price Index for the month of June have been released by the Labour Bureau at the end of July 2019, the additional Dearness allowance for Central Government employees and Pensioners would be hiked by 5% from July 2019.