The National Federation of Railwaymen Federation (NFIR) writes to the Prime Minister Shri Narendra Modi on 30.12.2019 a list of proposals for consideration in the General Budget 2020. 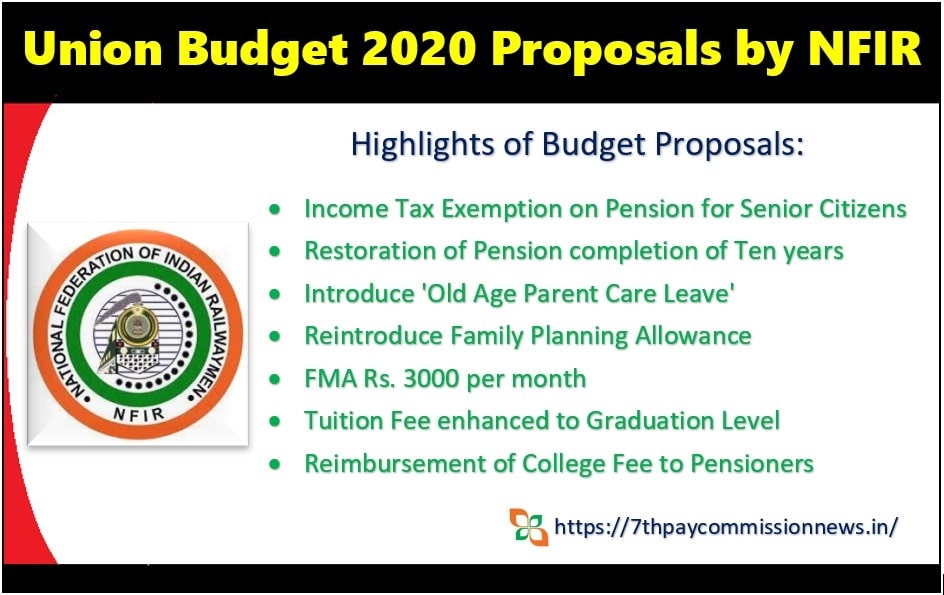 Sub: General Budget 2020 – NFIR’s proposals for consideration and inclusion in the Budget proposals to be presented before the Parliament – reg.

NFIR requests the Hon’ble Prime Minister of India, to kindly consider the following proposals for inclusion in the ensuing Union Budget 2020 to be presented before the Parliament during Budget presentation in February 2020 :