NPS News – Pending amount under NPS with Delhi Cantonment Board

NPS News – Pending amount under NPS with Delhi Cantt. Board 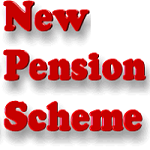 94 employees joined service in Delhi Cantonment Board on or after 01.01.2004 and are covered under New Pension Scheme (NPS). However, NPS was implemented in respect of Cantonment Board employees from 01.04.2011 after obtaining approval of the Central Government.

All employees have been covered under Tier-I scheme. Tier-II scheme is optional and no employee of the Board has opted for Tier-II.

The Cantonment Board has deposited the due amount of 85 employees (both employee’s and employer’s share). In the case of 9 employees who have not subscribed part of their share for the period from the date of their joining to 31.03.2011 amount to the extent subscribed along with the contribution of the employer has been deposited with the NSDL.

No loss will accrue to any employee as full amount received from them along with the contribution of employer has been deposited with NSDL.

The above information was stated in written reply to a question by the Minister of Defence Shri A.K.Antony in Rajya Sabha on 18th December 2013.

NPS was implemented in Respect of Delhi Cantonment Board employees from 01.04.2011… Save Income Tax on the Contribution made by Government in pension fund of NPS Subscribers… Defined Contribution Pension Scheme (NPS) – Salient Features) Employees Under the Employees Provident Fund(EPF) to be Provided two Options Tax on New Pension Scheme An Overview of New Contributory Pension System (NPS) – Confederation Feedback of the meeting held on 7.2.2014 between the Full Board and the Federations on Strike Ballot Charter – AIRF