Dear Sir,
The NJCA of the organizations, participating in the JCM, met today and adopted the enclosed resolution.

The NJCA was extremely unhappy to note that the government did not honour its commitment made to the leaders of the organizations when they met the Hon’ble Home Minister and Finance Minister in the presence of the then Railway Ministers on 30.06.2016 on the basis of which Indefinite Strike which was to commence on 11.07.2016 was deferred.

The reply to a question asked by Shri Neeraj Shekhar in the Upper House of the Parliament (Rajya Sabha) given by Hon’ble Minister of State for Finance, Shri P.Radha Krishnan, on 06.03.2018 Minister, which is reproduced below, has further angered the Central Government employees.

(a) Whether Government is actively contemplating to increase minimum pay from Rs. 18,000/- to Rs.21,000/- and fitment factor from 2.57 to 3, in view of resentment among the Central Government employees over historically lowest increase in pay by 7th Central Pay Commission (CPC);
(b) If so, the details thereof and the date from which it would be implemented; and
(c) If not, the reasons for the callous attitude of Government towards Government Employees?”

“(a), (b)&(c) – The minimum Pay of Rs. 18,000/- p.m. and fitment factor of 2.57 are based on the specified recommendations of the 7th Central Pay Commission in the light of the relevant factors taken into account by it. Therefore, no change therein is at present under consideration”.

The NJCA has decided to meet again on 18.08.2018 to consider the response, if any, from the government to this letter and to the enclosed resolution.

In case of the continuing negative attitude of the government, the NJCA will be left with no other alternative but to revive the decision of Indefinite Strike action, which was deferred on 06.07.2016 on the basis of the assurance given by the Group of Ministers on 30.06.2016. 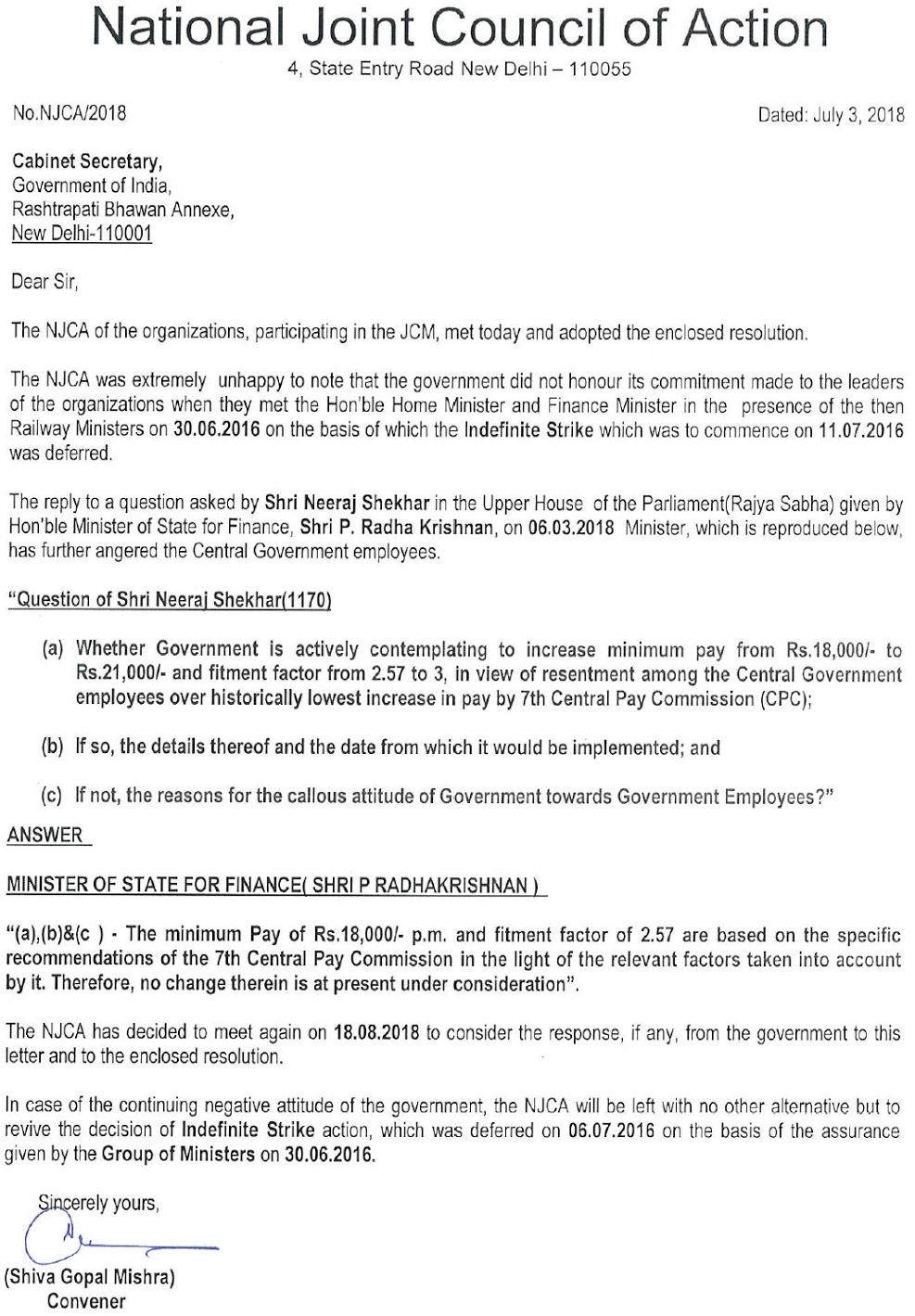