Dearness Allowance for Central Government Employees and Pensioners due from July 2016 is likely to be approved in the Union Cabinet Meeting to be held on tomorrow(27.10.2016).

As per the recommendations of 7th Central Pay Commission on Dearness Allowance formula, Central Government is all set to declare 2% Dearness allowance and Dearness relief to be effective from July 1, 2016. 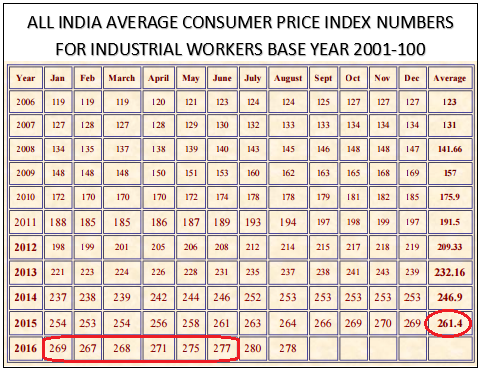 Read also this article:NC JCM Staff Side demands to grant 3% DA from July 2016